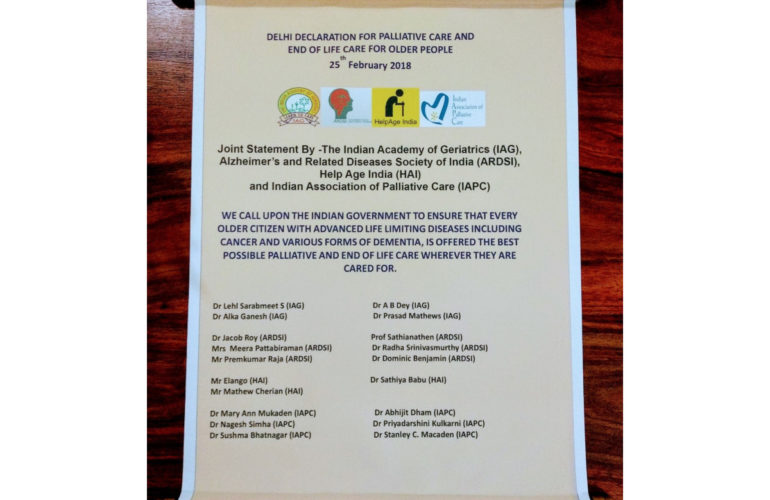 With the objective of improving palliative and end of life care for older people, the Indian Association of Palliative Care invited representatives of the Indian Academy of Geriatrics, Alzheimer’s and Related Diseases Association of India, and HelpAge India for a meeting at the Bangalore Baptist Hospital in January 2017.

The organisations initiated a draft joint statement, based along the lines of the European Association for Palliative Care and EUGMS statement, drawn from the WHO Regional office for Europe document – ‘Palliative Care for Older People: Better Practices’.

This was then worked on-line, and a final agreed statement was approved by the Annual General Body Meeting of the IAPC and presented as ‘Delhi Declaration for Palliative care and end of life care for older people’ during the Silver Jubilee Conference IAPCON 2018 at AIIMS Delhi on 25 Feb 2018

The four organisations also agreed to the following Action Plans –