Policy Faith and criminalisation: working to end discrimination based on homosexuality - ehospice

Faith and criminalisation: working to end discrimination based on homosexuality 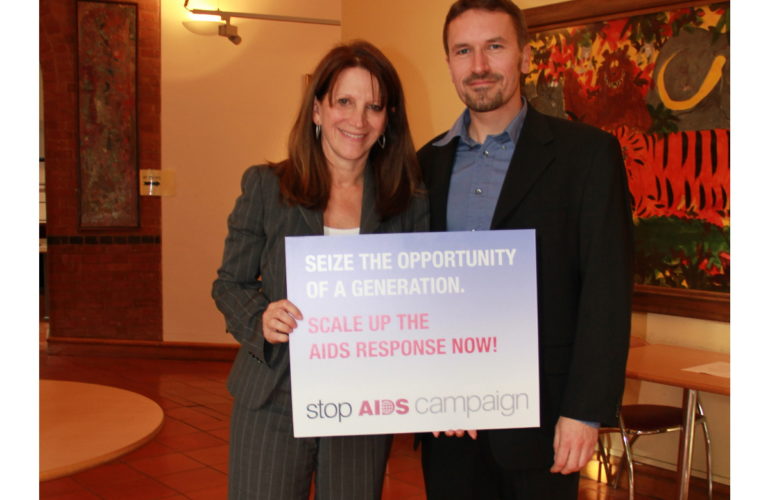 The UK Consortium on AIDS and International Development is a network of over 80 organisations working since 1986 to promote an effective global response to HIV & AIDS and members have identified the issue of criminalisation of homosexuality as one of the most important issues affecting the human rights of people living with and affected by HIV.

This year’s AGM included a keynote address by new DFID under Secretary of State Lynne Featherstone MP who spoke about the UK Government’s commitment to ending discrimination on the basis of homosexuality. She said:

“… challenging stigma, discrimination and criminalisation. These are the biggest barriers faced by key populations to access the prevention, treatment, care and support services they need.…the world must work harder to empower these groups whose life circumstances place them under increased risk of HIV.”

The minister shared her experiences of seeing the life-changing effects HIV treatment can have and, while praising the positive developments and progress made, also warned that there is still much to do in the response to HIV and AIDS.

Ben Simms, director of the UK Consortium, thanked the minister for her leadership and dedication on the issue of human rights and equality and encouraged her to continue the UK Government’s support for lesbian, gay, bisexual and transgender (LGBT) communities worldwide.

A roundtable discussion was also held to explore in more detail the current concerns around criminalisation, its link with faith and the potential response from UK-based civil society and the UK government.

James Matarazzo, academic at Oxford University and co-chair of the consortium’s Faith Working Group, gave an update on the situation in Uganda and elsewhere. In 2009, a law was put before the Ugandan Parliament that enhances existing legislation on same sex relations. It also brings in a new offense of ‘aggravated homosexuality’ which initially had a punishment of the death penalty, although now this has been reduced to life imprisonment. The law will also mean that if someone in a role of authority knows that a person is in a same-sex relationship they have an obligation to report that person, or face imprisonment.

Rev Ije Ajibade of Kaleidoscope Trust reinforced that the aim of the Christian faith was that of human flourishing and nothing in the gospel supported criminalisation. She sees the situation in Uganda as a “movement of culture wars from America” and felt that UK civil society and faith communities should be supporting LGBT groups in-country as well as engaging African people in the UK.

Mohammed Osman gave the experience of the Elton John AIDS Foundation (EJAF) in being an organisation led by an openly gay man. While this makes it easy to work in Europe, it is more challenging working in African countries. EJAF works to ensure that LGBT communities have the same access to care, and quality care, as non-LGBT individuals but admitted that there are still unanswered questions about how best to raise human rights issues and not lose the gains that have been made in access to services.

David KuriaMbote is the first openly gay black man running for a seat in the Kenyan Senate. David shared his experiences of being a gay man in Africa and the challenges he faces on a daily basis. He aims to challenge people’s views on homosexuality as well as counter myths on HIV.