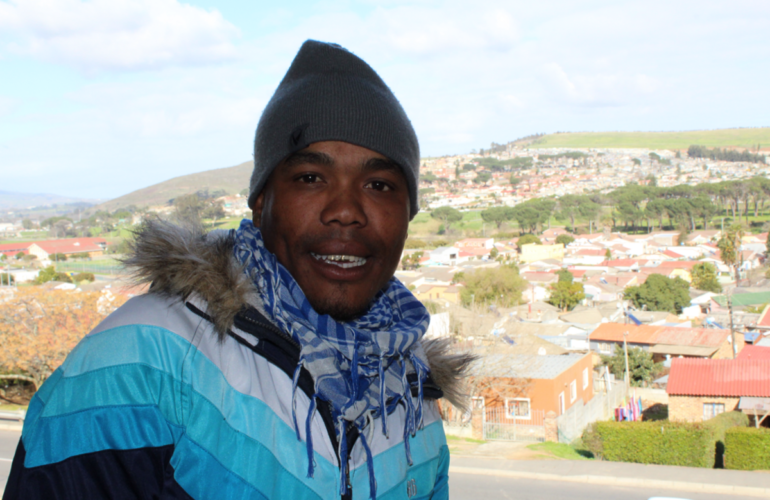 Godfrey Valentine is 30 years old. He spent six years in prison for armed robbery and theft. While serving his sentence, he contracted Tuberculosis (TB) and became extremely ill. “While you are in prison it is almost impossible not to contract some sort of disease, with HIV/AIDS being the most prominent one,” he said.

He recounted how many evenings he would be kept awake by consistent coughing and sweating until it came to a point that he could not take it any more and decided to see a doctor.They took a sample of his blood and it came back positive for TB.

Godfrey then started his treatment and was consistently in and out of the clinic where he was introduced to the Stellenbosch Hospice home-based carers who helped him take his medication and to adhere to the treatment programme.

He was then released on parole and began his journey back home where the carers continued to look after him until he was cured. He mentioned how they treated him like a son and not someone who had an illness; they didn’t discriminate against him and he felt really special and loved by people who didn’t know him at all.

Godfrey now speaks volubly about the good hospice does and he even looks after the carers when they travel to dangerous areas to treat their patients. He will walk with them to make sure they are protected and that everyone knows who they are and the great work that they do!

Godfrey is just one example of many who have been through really bad situations in life and illness, and have been touched by hospice and can now lead a positive life.

If you would like to contribute to creating awareness around the great work of hospice, email k.jackson@ehospice.com.