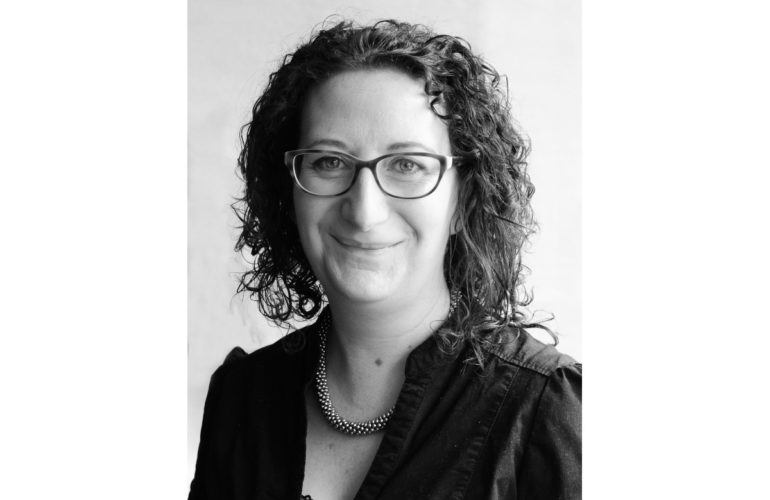 Two months later, it was back and it had spread. First to his lungs, which caused breathing difficulties. Then to his bones which caused frequent, agonising pain.

Once the cancer had spread, the oncologist asked my dad if his priority was quality of life or length of life. He didn’t hesitate in his answer – it was quality of life – no question. This was written down on his notes and as far as we were concerned ‘in the system’. It was known.

What then followed then was eight months of very low – to no – quality of life for my father.

He went on several rounds of chemotherapy. They all went the same way. The chemo would cause him to get very sick, they would reduce the dose or sometimes stop immediately it as it was putting him at risk. He then had a scan and it was discovered that the cancer was still spreading, apparently unimpeded.

I have no idea if this was the best course of action, but at the time we thought it was the only course of action. It meant he spent a lot of time very sick in hospital, when he wanted to be at home.

The experience of the last eight months of his life was like entering an alternate universe. It was an unchartered territory of which I had no experience.

For me as a family member, the experience of caring for someone with a terminal illness, along with my mother and sister, was of feeling you were barely managing to cope with how things are now, while in the back of your mind knowing things were only going to get worse as the cancer progressed. So you had a constant worry about your ability to cope when it did get worse. It was stressful and all consuming.

Home is where my Dad was happiest. He had grown up on a farm, and in the house where he grew up, people would randomly pop in for a chat throughout the day.

The home hospice nurses were just like that, and would just pop in, saying they were just passing and have a short chat.

They got to know my father, understood that he had hearing difficulties that didn’t just mean shouting louder. They got past ‘fine’ – his standard answer when people asked how he was. They respected how he dealt with pain.

They helped us manage the constantly changing medication. Just their parting words of: “call us anytime” and “we’re in the area everyday” was an incredible relief. It made you feel less alone.

My experience for caring for my father showed me the impact both good and poor care can have on the patient and the carer. Your entire focus as a carer is on the wellbeing of your loved one. Your world is small. When you see the person you are caring for treated with kindness and understanding it brings you comfort. When you see them treated badly, it is devastating.

I could see that people working in hospitals and hospices were all under pressure in very difficult circumstances and that there clearly wasn’t enough staff to cover the care needs of very sick people.

Yet in these circumstances I saw some incredibly kind, tender, unhurried and compassionate care. I also saw – and I’m not quite sure what word to use here – it ranged from indifferent to brusque and disrespectful care.  All of this would happen in one day, in one facility.

In his last few weeks he was transferred to a hospice. He was too sick to stay at home. It was a very difficult end. He was very sick, in a lot of pain and confused from the level of pain medication he was on. The toxicity from pain medication also affected his ability to communicate and meant he had vivid nightmares and other distressing symptoms.

I only saw my father in tears once. I arrived in the hospice early one morning and when I got to his room he was lying in his bed, with bar up at the side. He was furious that he had been ‘locked’ into his bed. He was very weak, but rattled the bar with vigour. I called the nurse who immediately took it off and could see how upset he was.

I can understand why this was done, he was very weak and shaky and the nurses were busy. I’m sure that some people in that situation might find a bar on their bed a comfort. But to him, the experience of being locked into his bed like that was a complete affront to his dignity and far worse than any risk of falling.

It made him furious and affected his trust in the hospice and his perception of the care they provided. From my point of view it was an avoidable situation, if someone got to know him and what his preferences were or talked to us. We could have explained it. I put this example in as even when people are at their weakest and sickest they still need their sense of autonomy. They are still themselves.

Painful memories of a difficult end

When it’s all over as a carer you are left with your grief. You are also left with the painful memories of a difficult end. And a lot of questions. Questions like: “Why didn’t I ask more questions when the oncologist proposed a new chemotherapy?” “Would he have had a better quality of life, even if it was shorter if the last few rounds of chemotherapy were cut?” “Didn’t anyone ask what quality of life meant to my father?” and “Why did I do nothing when I saw that he wasn’t treated well or respected?”

I think the most important question to ask, however, is HOW. How can palliative care be improved?

Many people asked me why I didn’t complain when I wasn’t happy with the care that my father got. I’m not sure why. It’s interesting that people jump to that – maybe it’s our consumer culture.

A lot of the issues were small. In fact most of them were. A complaints procedure would be too adversarial and I wanted to work with people providing care.

There just didn’t seem to space for my input.

There were so many times when I wanted to say ‘hang on here’ or ‘this isn’t working’. There are clear spaces where communication between medical professionals and patients happen. There is no clear space for the family.

It often felt like being one of these doorstopping investigative journalists. I couldn’t count the number of times I found myself lurking around hospitals hoping I’d ‘catch’ the doctors on their rounds.  Hoping I’d get a chance to absorb the information in a way that I could ask a question about his care or treatment before the medical team swept off to the next bed.

Maybe I was too exhausted to find it. Or to fight for it. My belief is that change doesn’t happen in any system unless it is demanded by the people using that system. It needs to demanded from the bottom as well as implemented from the top.

As a family carer, you can’t see what meetings are happening, what structures and protocols are in place, what training your professional caregivers have. You only see what care is provided in practice, in real time.

Family carers are specialist in the care needs of the person needing care. In what way they like their pillow arranged. In what makes them feel in control. In what kind of person your loved one is.

I know we can’t completely romanticise this – families are complicated – but for most situations I imagine this is the case. You want your input into what the care should be like to be acceptable and welcomed and listened to. There needs to be a space for it.

Two years after my father died I was still mulling over these questions when I saw an advertisement in the paper looking for people who were interested in joining a panel for former or current carers and users of palliative care. It was the advertisement for the All Ireland Institute for Hospice and Palliative Care (AIIHPC) Voices for Care initiative.

I joined the panel and met people from all over the country who have gone through different and similar experiences. It gave me hope that user and carer experiences were seen as valuable in the sector. That a space could be created for that voice.

One of the projects that Voices for Care was involved in was the Let’s Talk About survey of people’s experience of palliative care.

From my point of view the most significant thing about the Let’s Talk About survey is that it wasn’t asking people to rate their experience of a certain type of care on a scale, it was letting them choose their story of an experience of palliative care that had an impact on them – good or bad.

I am writing a thematic of the survey report. I’ve read all of the 528 stories that were submitted.

The right to good care

When I mentioned to friends that I was doing this work, they would ask was it very difficult and upsetting. Some of them would ask if I was mad. The answer to this was both yes and no. Some stories were incredibly painful and made me particularly grateful for the good palliative care my father got. The home help team, a great GP, not having to go through A&E.

In some of the stories submitted, people felt they experienced too little autonomy, felt helpless and frustrated, and experienced a lack of information. People felt their emotional and psychological needs were not met.

Some of the stories were really beautiful. This was a complete revelation to me – that a good death isn’t just one that is pain free or not-awful. A good death can be a positive time for the person dying and even that your experience of watching a loved one die would be a happy memory that would provide solace and help you in your grieving. The Let’s Talk About survey showed me that this is a common experience too.

If the good care is possible somewhere it’s possible everywhere. It shouldn’t depend on luck. We all have that right.

Anne Molloy is a member of the Voices for Care panel at the All Ireland Institute of Hospice and Palliative Care (AIIHPC). The panel informs the work of the Institute from the perspective of people receiving palliative care, their carer’s and the wider community. She is also a member of the AIIHPC Management Committee. Anne works as a freelance education and evaluation consultant.