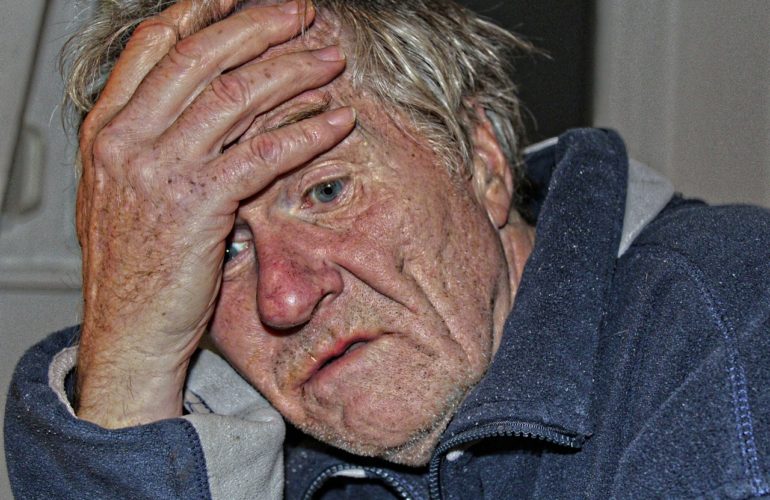 This disenfranchised grief is one of the issues Mr McGuinness will discuss at a workshop “Dementia and Loss” at the Irish Hospice Foundation later this month.

The Irish edition of ehospice caught up with him to discuss this issue.

What makes the losses and kinds of grief associated with having dementia unique?

There are a number of losses which are specific to dementia such as losing mental capacity, the ability to remember names, to recognise people or even to remember words.

I suppose all of us have that experience where we may search for words, as when we are tired or stressed, but we recover from it. But one of the difficulties with dementia is that the illness is progressive and the capacity for remembering words is only going to get worse and this can be quite frightening for the person concerned.

Another frightening change is not being able to continue with whatever roles you may have, be that, for example, a working role or that of a father or mother.

The other losses are loss of independence, such as not being able to drive a car, something which can be a huge and symbolic loss for people as this necessitates becoming more dependent on others.

And then there may be a change of personality, as well as a loss of a sense of wellbeing in the person concerned, and indeed a loss in the quality of relationships.

Other people may relate to you differently. For example, people may try to take care of you more even though you might feel you are able to do this for yourself.

And for those who have loved ones living with dementia, what kinds of loss and grief might they tend to feel?

For carers, the sense of loss will often reflect the losses they see in the loved one with dementia. For example, if your loved one’s personality is changing, this can be very challenging.

One woman, whose husband had early onset dementia at age 56, said to me that the hardest thing for her was that she had lost her dancing partner – they used to love dancing together.

She also said that, as a result of his short-term memory loss, she really missed being able to have a conversation with him.

Similarly, you tend to approach the person as if they are still the way they were and then, even with the best will in the world, you may get frustrated when you have to keep repeating your question or information.

Another corollary is that as the person with dementia’s capabilities and functions decrease, then so too do the carer’s responsibilities increase.

This can result in losses of independence for the carer. For example, the carer’s social life may be significantly impacted as people tend to withdraw quite a bit when they are caring for someone with dementia.

You mention that there are three kinds of loss associated with dementia in particular: ambiguous, anticipatory and disenfranchised. Could you explain each of these?

Regarding anticipatory grief, this is where we know losses are coming down the line and we begin to anticipate what they might be like and start grieving them beforehand.

One man described his mother’s dementia as being like a beautifully lighted sculpture where the lights were going out one at a time.

For example, there came a point when he realised he could not go out with his mum to dinner anymore. Or someone else may know that their dad is still driving but there is going to come a point when he will no longer be able to do so.

Another kind of anticipatory grief can be seen in the relationship between carer and loved one.

Another really key kind of anticipatory loss is the realisation that our ability to care for the person is probably reaching its limit and that we may have to make arrangements for the loved one to be cared for in a nursing home or even have some form of assisted care at home.

It is actually a form of loss to have to open up your home to medical professionals and carers on a regular basis.

Ambiguous grieving is where we are presented with a bit of a dilemma, namely that our loved one has become someone who is physically present but psychologically absent or changed.

For example, you may be sitting with your dad and, although he is physically still your dad, he may have changed psychologically as a result of the illness. This can be really hard for both the person concerned and also for the carer.

People may say ‘You still have your dad’ and what this misses is the reality of the fact that the relationship has changed profoundly.

There was a woman recently in one of our workshops whose husband, a very mild mannered man all this life, had begun to become quite abusive both verbally and physically as a result of how the dementia had progressed.

It is very challenging to hold this ambiguity regarding a loved one who is physically present but psychologically changed, and yet it is an ambiguity that many must face in such situations.

The third kind of grief is “disenfranchised grief”. This is where the grief is hidden or not supported socially.

Other kinds of grief, such as an expected death of a family member, are supported socially: people come round and support you. But a lot of the losses that are particular to dementia are not yet really recognised by society as losses.

For example, the loss of a driving license, the change in personality, the fact that someone has become a bit more forgetful.

Disenfranchised grief also affects the carers, where their own losses are discounted or not recognised.

For example, consider the case of carers’ depression. This is where the needs involved in caring for the person with dementia become progressively greater to the point of burn out.

Sometimes, it can be 24 hour care. Carers are often told things like ‘You are looking after your Dad – sure, isn’t that what everyone would do?’, but this misses the losses and challenges that accompany this care.

Describe the most important ways in which carers and a person with the diagnosis can cope?

We encourage people with any sense that they may have problems to go and seek a diagnosis. If confirmed, then this gives you access to help and support.

The Alzheimer’s Society of Ireland is really good at providing support via the phone but they will also visit you in your home and point you towards resources.

Alzheimer cafés, to which people with dementia and their carers are invited, are also very helpful.

Each evening has a theme related to dementia, there are medical professionals there so people can ask questions and there is time for a chat.

These evenings break down social isolation and encourage both the carer and person concerned to interact with others.

It also helps to be upfront. There is one great man I know, aged 76, who will say to people ‘I have trouble remembering facts, please bear with me’ and, when he does this, he brings people on board and also finds them to be generally supportive.

Regarding carers, access support. Go to the Alzheimer’s society. Don’t be on your own with this.

Although it can be a very privileged role, it can also be a very demanding one. So look after and mind yourself.

Sometimes we can get caught up looking after the other person and our own needs may get ignored.

Make sure you get enough rest, that you have interests and hobbies and that you nourish yourself. In this way, you will have more to bring to the person you are caring for.

Breffni McGuinness is the Training and Development Manager with the Irish Hospice Foundation. He is a Dramatherapist and member of the Irish Association of Creative Art Therapists (IACT). His special interests are in workplace bereavement, hidden losses and the use of creativity in working with people who are grieving.

This article originally appeared on the Irish edition of ehospice. For more information about Alzheimer’s disease, other dementia’s and for services near you, visit the Alzheimer’s Disease International website.