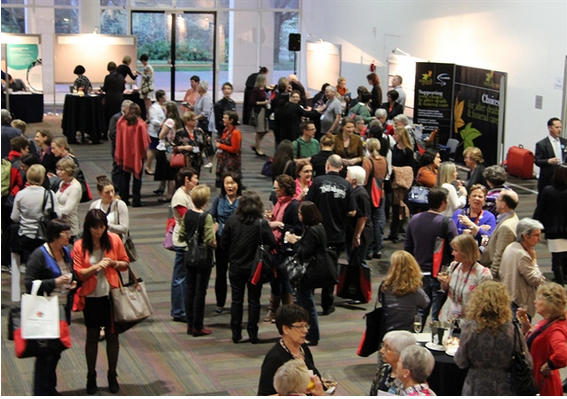 Kicking off proceedings as part of the pre-conference programme, Amy Chow, an associate professor for the Department of Social Work and Social Administration at the University of Hong Kong, addressed 121 delegates to discuss ‘how we face our own death anxiety’.

As reported on the Australian edition of ehospice Professor Chow told her audience that death anxiety is one of the biggest concerns facing those working in the palliative care sector.

She spoke about Project Enable, a three day training course she undertakes with her volunteers in Hong Kong, which forces potential volunteers to confront their own issues with death prior to treating palliative care patients.

She said: “When you are confronted with the news of death, you try to contemplate your own mortality and death and that is the starting point.”

Professor Chow acknowledged that it is not only western culture that perceives death and dying as the great unknown, she said that Chinese society is incredibly superstitious when it comes to the dying process.

“When I was young my mother said if I said the word death I would be punished.” she added.

At the welcome address by Senator the Hon. Jacinta Collins, delegates were told that that Federal Labor is committed to building a system of world class palliative care in Australia.

Amongst the announcements, was a pledge of $14.8 million of funding over three years for a new, innovative Advisory Service. The service will support those working in aged and primary care to improve the delivery of palliative care and advance care planning for older Australians.

“Training will be available to staff caring for people in both residential and community based aged care, as well as to GPs looking after people who receive aged care services, ” said the Minister.

“They will also have access to a 24 hour, 7 days a week, national telephone line which is to be established to advise on palliative care and advance care planning issues,” she continued.

A keynote address then followed by Professor Irene Higginson, Scientific Director of Cicely Saunders International in the UK. Professor Higginson spoke about how we should confront our changing health needs, in a session entitled: ‘Meeting the challenges of changing needs: New models, old codes?’

There were then tough decisions to be made, as delegates had the choice of numerous sessions running concurrently at the conference. A combination of workshops, project presentations, research papers and panel discussions were on offer. Subjects ranged from opiate errors, art therapy, Motor Neurone Disease and place of death decisions for adolescents, to name just a few.

But for something a little different, a discussion took place called: ‘Palliative care under a new government – what do we want?’

Panel members were asked to outline what a new government should do in relation to palliative care in its first 100 days in office and Jennifer Doggett, writing for the Croakey Health Blog, has provided an excellent summary of the session which is available to read here.

In a musical mid-morning session on the second day at the conference, Mr Peter Roberts, a Music-Thanatologist, gave a hands-on demonstration with his harp, drawing on his years of experience working with palliative care patients and families.

The influential pair within the Australian ageing sector, delivered the statement which calls for care to be holistic, person-centred and delivered by a multidisciplinary team. Its also states that dementia specific palliative care should be available when and where it is needed.

Ms Buttrose said: “People put off thinking about their end of life care for as long as they can, but it is important to have these discussions early so that family members can ensure their wishes are carried through.

“Early planning and discussion is all the more crucial for people with dementia because as the disease progresses it is likely that the person will lose the capacity to participate in decision making about their end of life care,” she added.

On the morning after the night before (a gala dinner was held at the close of day two) ehospice Australia asked delegates to reflect on some of the standout elements of their four days in Canberra. Here is a selection of the comments:

“I’m reasonably new to palliative care, so to me the main thing is actually meeting a whole lot of stakeholders … so yes, just meeting the people that are involved in that level of research is really useful for me.”

“The organisation has been fantastic, we’ve been guided beautifully and the networking has been fabulous. People are very warm to each other you sit down next to someone and the next thing you know you’ve got a new friend.”

“Because I work a lot with distance education, I don’t get to see students besides from a name on the computer screen, so it’s really great to be able to see the students moving forward. People seem to come here wanting to learn, more so then other conferences … it’s [as though] people have a greater thirst for knowledge at this conference then at other conferences.”

You can still join in the conversation online by tweeting @ehospicenews and @Pall_Care_Aus. Tweet using #PallCareConf.