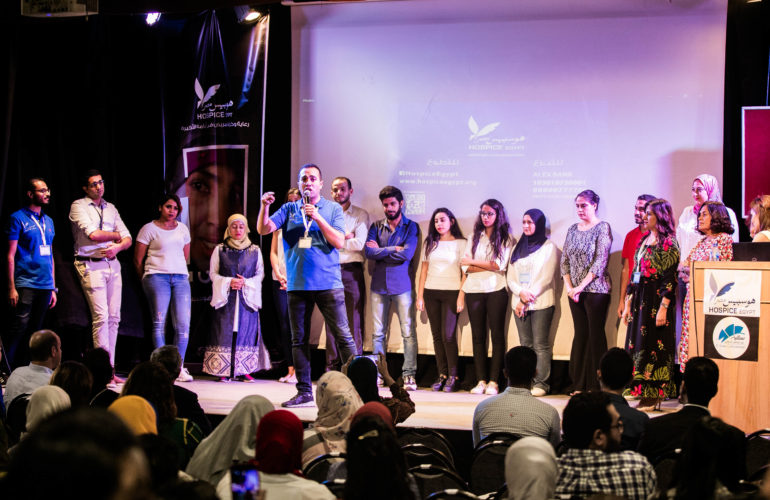 The JOSAAB Foundation for Social Development is an Egyptian non-governmental organisation that has been established with the sole purpose of serving the most marginalised segments of the community through the launch of projects that lend a voice to those who are not heard in Egypt.

The latest hospice and palliative care data for Egypt featured in the Lancet Commission for Global Health has displayed shocking numbers of end-of-life care needs in developing countries, amongst which is Egypt, whose most recent data concludes that an annual total of 254,000 terminally-ill patients in need of palliative care services [1].

Since its launch in 2010, the Hospice Egypt project has been compassionately serving hundreds of patients and thousands of their family members through a multidisciplinary team and volunteers from diverse backgrounds in four different governorates in Egypt.

This year, following the Worldwide Hospice Palliative Care Alliance’s tradition of celebrating World Hospice Day in October of each year and under this year’s theme: My Care – My Right, Hospice Egypt organised and held an event in celebration of the World Hospice Day at the El Sawy Culture Wheel, one of the most well-known cultural centres in Egypt with high youth participation to advocate for the cause.

Through Hospice Egypt’s most recent collaboration with the National Cancer Institute, one of the leading institutes for cancer care in the country, the event featured lectures on pain management and the most recent opioid legislations from health care providers of one of the leading oncology institutes in the country, namely: the National Cancer Institute along with one of the leading organisations for breast cancer care. This was followed by live testimonials from family members of terminally-ill patients aiming to raise awareness about patient rights and the need for hospice services in Egypt.

Throughout its journey, Hospice Egypt has formed strong collaborations with celebrity advocates who believe in the hospice mission. Among the advocates was celebrity star actor Akram Hosny and actress Jilaan Alaa and singer Hala Rushdy who have taken it upon themselves to deliver a strong call for action to support hospice patients in Egypt through talks about the importance of community work.

Hospice Egypt believes that these steps were a push in the right direction to shed light on a marginalised segment of the community that needs to voice its concerns in pursuing their rights and maintaining their dignity till the very end.