Community Engagement Knowing how to live until the end - ehospice

Knowing how to live until the end 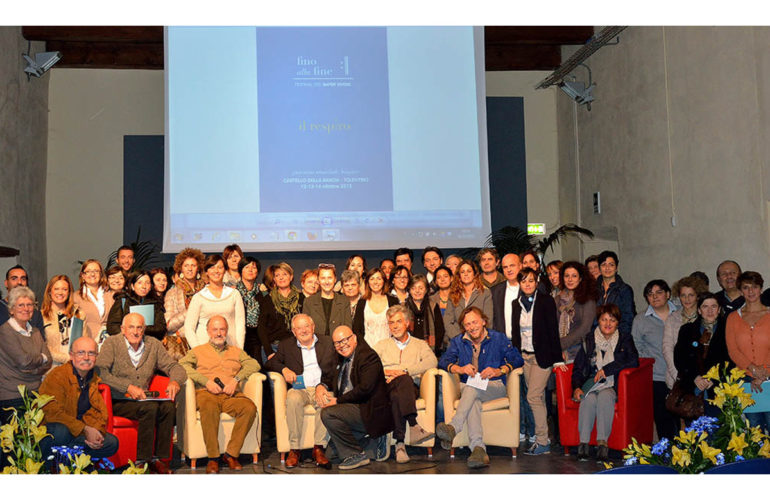 The three day festival will coincide with World Hospice and Palliative Care Day 2015, and will bring together exhibitions, workshops (including yoga and art therapy), theatre and a musical concert, inviting those attending to contemplate life and to consider the end of life as a natural part of living.

Festival organiser, Ayres Marques Pinto, shares his own personal discovery of palliative care, and his vision for this year’s festival.

The philosophy of palliative care and hospice

I’m very enthusiastic about the Palliative Care Philosophy and the Hospice Movement. I’m convinced that it’s a conceptual and practical instrument which can and should be applied to many other domains other than Medicine. I believe it’s one possible key to change ourselves and to change society for the better. There should be a Palliative Economy, a Palliative Education, a Palliative Agriculture and so on.

I believe that palliative care and hospice are a typical examples of serendipity. It’s very much more than taking care of terminally ill people. Can you imagine an economy that took care of those who are structurally out of the economic circuit? Or the education that talked not about seeking knowledge, but about the human condition of ignorance? Hospice and palliative care allowed me to regain confidence on human being’s future.

The first time I heard the word ‘hospice’ was in 2004, at Loreto, in Italy, and I remember it very well!

It was at an elderly home. I worked there as an educator and I was interested in using photography as a relationship building instrument. It was about a therapeutic-photography project. I was about to gather the documentation of the initiative on a book called ‘The Face and the Voice of Time’.

There was a doctor there who followed the activities with much interest. One day he asked me if I felt like collaborating in a hospice team. I didn’t know what hospice meant, and when he explained it to me, it made me jump twenty years back in time (and in space), bringing me back to Brazil.

Hospice! That was exactly the concept I was looking for when another doctor, talking about my mother, proclaimed the sentence: “There is nothing else we can do for her.”

How could it be possible, I had thought, that man managed to land on the moon but was not able yet to give a decent answer to how to take care of a person affected by an incurable illness in advanced phase?

I had a very good reason then to accept the challenge, even though I had no idea of how I could help.

So I went back to university, first to take a Master’s degree on Non-Verbal Communication, and afterwards I started a new degree, this time in Psychology, which I’m about to conclude.

I became a hospice volunteer coordinator and had the opportunity to experience work in different hospices, taking part in different teams.

Once I tried to explain to my mother-in-law what hospice was about. After a long explanation she summarised the whole thing with these words: so hospice is a place where people go to die. I must say that she was somehow right, if by dying one means “to live well the last period of one’s life,” if it means writing the final chapter of one’s biography or reading the closing page of a novel or drinking the last glass of a unique bottle of wine savoured in silence in company of good old friends.

The struggle between immortality and human finitude

I observed that most of the difficulties faced by the professional members of the teams had their deeper roots placed on the cultural level of our society.

There is a lot of confusion about the concept of death, life, to die, to live and to get born. Gilberto Gil, a Brazilian musician wrote an interesting song about it.

There is a lot of struggle between the desire of immortality and the unwanted awareness of human finitude. The prejudice towards everything that has anything to do with death and mortality and consequently the fact of feeling uncomfortable when talking and thinking about it, makes it difficult for individuals and for society to deal well with it.

Talking about living and dying well

So it seemed to me that the obstacle to overcome was to get people attracted by arguments related to living well and dying well, and if possible to transform it into a pleasant experience.

The first hint was offered by World Hospice and Palliative Care Day. I found it just great that there was day dedicated to the hospice movement that was celebrated all around the world.

In 2011, we took part in this world celebration by inviting one of the most important Italian philosophers to come to Loreto and talk about the book he had just published. The title of Umberto Curi work was ‘Away from Here’. The event was a success and it had a strong impact on the local hospice scenario.

The birth of the Festival

The following year, we organized a whole week of events around World Hospice and Palliative Care Day. The limit of these projects was that the public was mainly composed of professional operators and people who already knew about the treated arguments.

It was then that I suggested to organise a Festival in a particularly inspiring place, using many forms of communication and expression, addressed not only to connoisseurs but also to a broader kind of audience who might not have heard anything about hospice or palliative care. I suggested a title that explained what the festival was about: ‘Knowing how to live… until the end’.

The first edition had as main theme ‘Breathing’, ‘Il Respiro’. We invited important Italian flute teachers to offer master classes to young musicians, we called particular choirs to sing, philosophers to share their reflections in lively lectures, art therapists to offer workshops, professional hospice workers to tell their experiences, among other things. We organised a photography contest with the theme ATMAN (the primordial breath) and much more. All these three day activities took place in a beautiful Castle in a town called Tolentino. It was a great success!

The second edition had the title ‘Living to tell the tale’ and was about Narrative Medicine, literature, cinema, biography, and autobiography.

This was also the first edition of a prize ceremony dedicated to the regional hospice movement. A commission gave it to the first hospice opened in the Marche State.

Alpha – Omega: the seasons of life

Now it’s the third edition of the festival and the theme is Alpha – Omega: the seasons of life. We have invited people to talk about birth and childhood, adolescence, ageing, and the end of life at any age. We’ll give attention to eating well, massage, walking, etc, and the programme includes natural cuisine workshops, long promenades, theatre, music, photography and photo-therapy.

The next step is for our festival to become International!