Care Leave No One (Suffering) Behind: Palliative care and the SDGs - ehospice

Leave No One (Suffering) Behind: Palliative care and the SDGs 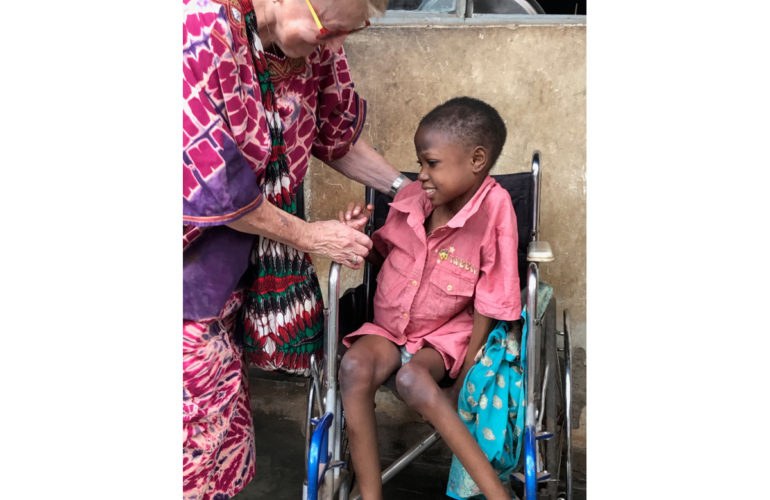 Those in need include caregivers and involved family members of patients facing life-limiting illness. The tagline for World Day 2017 is “Leave No One Suffering Behind,” intentionally mirroring the Agenda 2030 for Sustainable Development tagline, “Leave No One Behind.”

Adding the word “suffering” to the phrase makes it a call for publicly funded, sustainable, palliative care service under Universal Health Coverage.

Current funding models, charitable donations to largely private and faith-based institutions, are unsustainable and not fit for purpose in the context of ageing populations and the rise of chronic, non-communicable, diseases. Universal Health Coverage is an objective under Target 3.8 of the Sustainable Development Goals (SDGs).

Although it is not immediately obvious how palliative care aligns with the 2030 Agenda, commonly known as the Sustainable Development Goals, or SDGs, adopted by all UN member states in 2015, a closer look reveals many points of contact. In WHO (World Health Organisation) – speak, community based palliative care is a “best buy.”

Worldwide, less than 20 percent of palliative care need is now met, mostly in the advanced democracies, although quality and service vary wildly even there.

Palliative care is still a developing “approach,” both within and beyond primary care. It is a relatively new specialty compared to respiratory, renal, or cardiac medicine, for example.

It will take a lot of work, an entire paradigm shift, for governments in developing countries to introduce palliative care and strengthen their healthcare systems.

As WHO Director-General, Dr Tedros, has said many times regarding Universal Health Coverage, “health is a political choice.” So is palliative care, and according to the new Lancet Commission Report, most governments can afford to make that choice and provide what has been defined as an “essential package” of palliative care.

Filling the 80% public health palliative care gap with all deliberate speed, particularly in low and middle income countries, could give an extraordinary boost both to the world’s material and spiritual economies.

Seeing health service as an investment rather than as a deficit in the budget column, turns the tables on traditional development thinking, placing person-centered policy, rather than corporate profit, at the center of the national “household” (oikonomia) conversation.

Imagine the amount of training, employment, and “upscaling” of health services it will take to realise World Day’s vision of palliative care for all conditions, at all ages, and at the place of patient choosing.

The International Labor Organsation estimated in 2015, a massive shortfall (3.6 million globally) in the number of workers needed to staff care homes for growing populations of older persons in all countries. And this is just care workers, a small portion of the palliative care workforce, which is multi-disciplinary.

In the World Day vision, hundreds of thousands of family caregivers (now mostly female and mostly unpaid) would receive both training and a living wage, so they would not feel lost, stressed, and abandoned by the healthcare system once they leave their jobs to look after a terminally ill loved one.

And if they want to stay in their jobs, or return once the caregiving is over, employers will ensure this is an option. Costa Rica, with its Ley de Cuidadores is the only country with such a system at the moment.

The World Day vision has all countries applying such a law supporting caregivers. Millions of newly “employed” adults will have the skills they need to carry out the essential work of tending to a very sick, very fragile family member, the disposable income to spend on basic needs, and, in many cases.

Families will have the wherewithal to pay school fees. The next generation will be educated, instead of having to drop out of school to save money spent on often futile treatments. Family subsidies help households avoid the “health poverty” trap, which captures hundreds of thousands of families faced with catastrophic out of pocket expenses, every year.[1]

The World Day vision ensures that enough doctors, nurses, social workers, bereavement counselors and chaplains are trained and certified to attend to the clinical, psycho-social and spiritual needs of millions of children, their parents, and older persons who will qualify for family palliative care services.

These will be provided mostly in the home, but also in outpatient clinics, prisons, or hospice units as necessary. Newly graduated HPM (hospice palliative medicine) professionals will all be sensitive to the needs of others, compassionate, team players, and above all, good listeners. Without those qualities, they will fail the practitioner entrance exam and miss out on one of the best careers in medicine!

By integrating palliative care into their newly strengthened healthcare systems, which no longer have to compete for budgets with security and defense because the powerful no longer aid and abet corruption, all countries will come closer to achieving at least eight of the 2030 Agenda for Sustainable Development Goals.

What’s not to like about such a human centered, heart filled vision? The World Day vision as part of the Sustainable Development vision must permeate all our days, not just one!

Find out more about World Hospice and Palliative Care Day online, and join the conversation on Twitter using the hashtag #WHPCDay17.