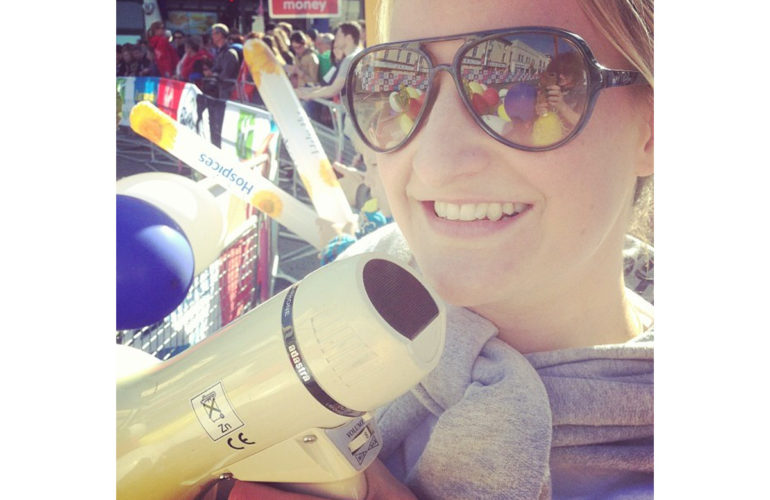 Who are you supporting today?

Michael Bryan, my brother. He’s running for Loros, because of his wife (who, by the way, is also called Amy Bryan).They really supported her Grandma when she was seriously ill. So that’s why he’s raising money for that charity.

And what made him decide to run the marathon to raise money?

He’s an avid runner, but really just probably to beat my Dad’s time, that’s probably the bottom line of it!

Do you think he will?

Read more about the 2014 London Marathon and watch a video of the event on the UK edition of ehospice.