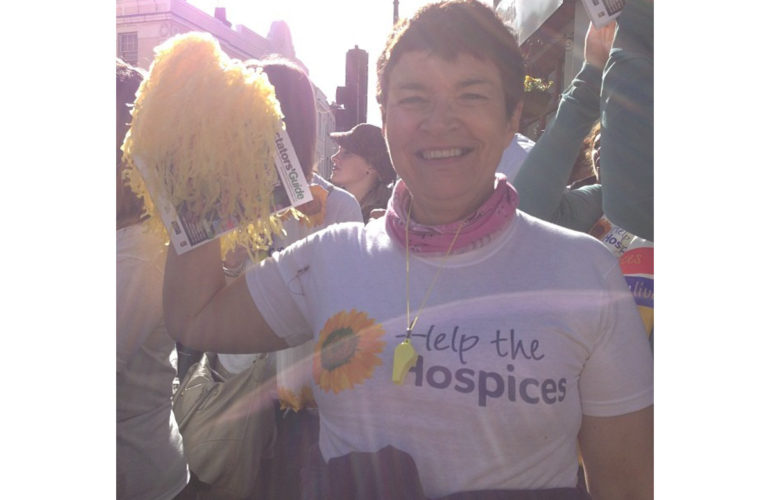 Who are you supporting?

I’m supporting Help the Hospices. My husband’s running for them and so is my niece’s husband. My husband’s name is David Slator and he’s running in the 60-64 age group. He’s done three marathons before, but this is his first London Marathon. Also, he hasn’t done one for eight years; he said he wouldn’t do it again after the last one.

And what made him decide to do this one?

I think it was the being 60 bit. You know, there are things that you still want to do. He’d never done the London Marathon, so he decided to do that.

And is that what made hospices important to you?

Yes, I think it was. My mother died in a hospice in Kent, my father was helped by a hospice in London and he did some art therapy which helped him to look back on his life and value what he’d done. And my brother died at home, but he was supported by the hospice to do that, so its been very special for us in our family.