Policy Morphine is medicine: the language barrier to opioid availability in more than 83% of the world - ehospice

Morphine is medicine: the language barrier to opioid availability in more than 83% of the world 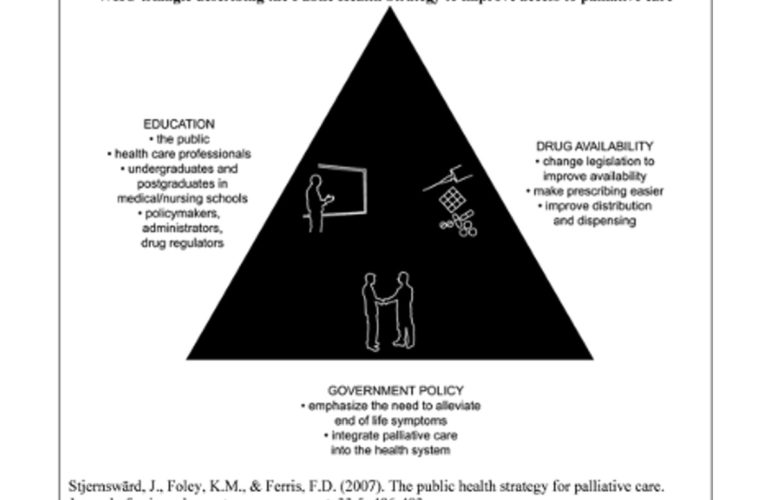 The 1998 UN General Assembly Special Session on Drugs adopted: “A drug-free world; we can do it!” as its slogan. The Commision on Narcotic Drugs (CND) has set an explicit policy goal of reducing global demand and supply of ‘drugs’.

This leaves a very narrow policy space for palliative care advocates to promote increased supply and demand of medical opioids unless we specifically, consistently (and correctly) refer to them as ‘essential medicines’.

When most people in English speaking countries use the word ‘drugs’ to describe medicines, they know that they mean substances bought and sold at chemists or pharmacies, as well as illegal, or ‘street’ drugs.

The buying and selling of medical opioids, which are also commonly referred to as ‘drugs’ and used for the treatment of pain and other symptoms, is a bit more complex.

Since morphine and other opioids used for pain relief can also be abused and find their way into the stream of street drugs, national and international laws regulate their manufacture, distribution, and consumption.

Yet, calling medicines such as morphine ‘drugs’ perpetuates the stigma and fear society attaches to psychotropic substances in general.

In the vast majority of countries and communities, this stigma and fear translates into cultural and legal barriers that interfere with the use of opioid medicines for palliative care and pain relief.

Morphine and other opioid analgesics are classified as “scheduled drugs” under international law, specifically in the Single Convention on Narcotic Drugs, promulgated at the United Nations in 1961.

The Single Convention, which many commentators see as the cornerstone ‘drug war’ treaty, requires UN member states that ratify it (192 as of 2014) to pass domestic laws prohibiting the manufacture, distribution and consumption of narcotic drugs “except for medical and scientific purposes.”

UN member states guard the boundaries of this medical and scientific exception with criminal laws intended to prevent diversion and misuse.

The unintended consequence of this guardianship has been that morphine, an essential medicine for adults and children as per the World Health Organization Model List of Essential Medicines, is now virtually unavailable in almost 140 countries.

The fact that morphine is largely unavailable means that few medical schools – in even fewer countries – train doctors, nurses and pharmacists to prescribe, compound and dispense this essential medication for severe pain.

The result on the ground is that millions of patients and their families suffer unnecessarily.

Moreover, patients and families don’t know they have the right to ask for pain relief, or clinicians the legal obligation to provide it. This is despite the fact that under human rights law, specifically the International Covenant on Economic, Social and Cultural Rights (ESCR), Article 12, governments have the obligation to provide their citizens with “the highest attainable standard of health.”

The Committee on ESCR has interpreted this right to include the right to palliative care and pain relief.

The World Health Organisation, as well as the Commission on Narcotic Drugs and the International Narcotics Control Board (INCB), are aware that consumption of morphine and other opioid analgesics is “low to inadequate” in more than 83% of the world (INCB).

A global system set up to punish “illicit use” of narcotics and to “ensure adequate access” for medical and scientific purposes, has failed at both ends.

One reason for the latter failure is that the legal system itself calls essential pain medicines “drugs,” and obliges states to punish their misuse or diversion into the illicit market.

The INCB – which as global gatekeeper for all transactions of controlled medicines keeps meticulous statistics – has identified the main barrier to use of medical opioids in countries where consumption is low to inadequate, as “fear of addiction” (INCB).

Social scientists describe this type of fear in terms of stigma, lack of clinical education and historical trauma or “moral panic” around substances such as morphine and heroin.

The fear associated with ‘drug abuse’ makes government regulators’ and politicians’ red flags go up when palliative care advocates, both in country and at international meetings, call for increased “drug availability.”

The need to update UN documents

The WHO public health model of palliative care – shown above and widely recommended for advocacy – unfortunately uses this term.

Although the WHO now officially uses language that does not refer to opioid medicines as ‘drugs’, it must also change the words on the public health model.

The WHO is still a UN outlier in using non-stigmatising language though, since the INCB, CND, and other narcotics control agencies persist in using the word “drugs” as a synonym for opioid medicines in both their printed reports and communiqués.

Since palliative care advocates are up against a global institutional culture that insists on eliminating “drugs” altogether, we in turn must insist on this small language change that will have enormous consequences. We can also call for official resolutions to this effect.

The power of language

Words are the building blocks of both propaganda and poetry, designed to elicit emotional reactions. The word “drug” is no exception, having been used for more than half a century as propaganda to stigmatise “non-medical” use of certain substances, including essential opioid analgesics.

When an essential medicine such as morphine starts life with the name ‘drug’ attached to it, its proverbial pain relieving hands are tied behind its back.

To free them, advocates for the clinical use of morphine must educate policy makers, care providers, patients and the public to accept and supply it as a legitimate medicine for pain control.

Wealthier countries with more developed medical schools and university systems tend to have higher average morphine consumption than countries with lower human development scores, because most of their students have received proper training in the clinical uses of morphine as a controlled substance(Seya et al., 2011; Gilson et al., 2013).

Under the principle of “mutual and shared responsibility” – another official slogan of global narcotics control – there is an opportunity for graduates of these medical schools to train their counterparts in Lower and Middle Income Countries to use essential medicines correctly.

Also, programmes such as the Pain and Policy Studies Group offer information, support and education opportunities for those interested in learning about pain relief or how to challenge outdated policies through legal means.

Palliative care advocates and providers can commit to a low tech, cost free intervention immediately: by consistently referring to morphine and other opioids as ‘medicines’, rather than drugs.

We can make this commitment alongside the longer-term ones to clinical education on pain management and the legal work of dismantling over cautious regulatory policies constructed in the throes of moral panic and drug war politics.

Importantly, this ‘mini-change’ aligns us with human rights law that obliges UN Member States to provide citizens with the “highest attainable standard of heath.”

This includes palliative care and pain relief for all seriously ill children and adults.

…can be our campaign sticker slogan. It’s positive, true and non-stigmatising.

Katherine Pettus is Advocacy Officer for IAHPC, working mostly in Geneva and Vienna on human rights and ‘drug’ policy, including improving equitable access to controlled essential medicines and palliative care for children and adults.

For more on IAHPC’s advocacy work, please visit their website.

You can find the text of the World Health Assembly Resolution on Palliative Care online.