Only 14% of people in world can access top level palliative care that allows them to die with dignity, new study finds 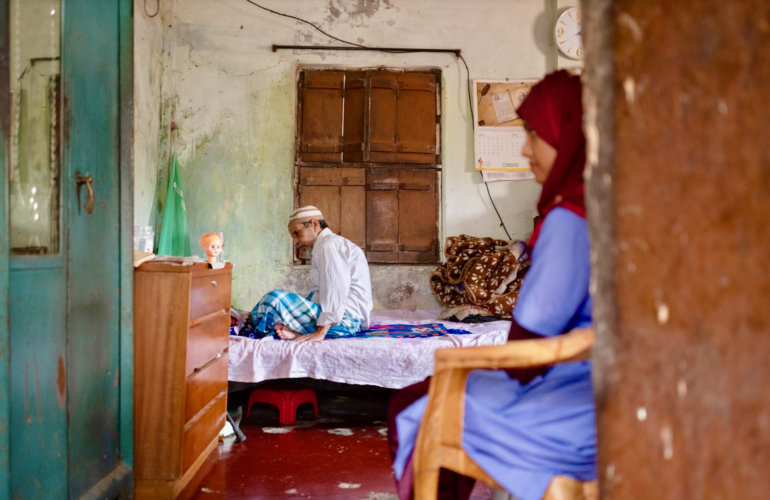 Findings show that more than half of the world’s population, mainly in low and middle-income countries, have very poor or non-existent access to palliative care to relieve suffering at the end of life.

Only 30 from 198 countries studied have sophisticated levels of palliative care provision that are fully integrated into the health and social care system, covering just 14% of the global population.

Over half of the world’s people live in countries where palliative care provision is patchy, inadequate for the need that exists, or even completely absent. Study findings show the world population remains divided almost equally: into the palliative care ‘haves’ and ‘have nots’”. 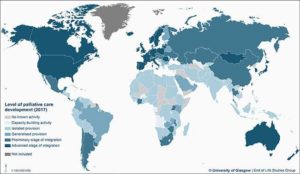 Led by Professor David Clark at the University of Glasgow, in collaboration with Dr Stephen Connor of the Worldwide Hospice Palliative Care Alliance, this is the most robust analysis to date of the level of palliative care development in almost all countries of the world.

Professor David Clark at the University of Glasgow said, “Progress can be seen in the global development of palliative care, but it is incommensurate with growing need.”

The delivery of palliative care is both a human rights and global health issue, and the demand for palliative care services around the world is failing to match the rapidly growing need for specialised care that can relieve suffering at the end of life.

“The 2014 World Health Assembly resolution calling for the strengthening of palliative care in all countries is not being realized and millions of patients and families are suffering unnecessarily due to the slow progress in global palliative care development,” said Chief Executive of the Worldwide Hospice Palliative Care Alliance and study collaborator, Dr Stephen Connor.

The research calls for a major review of global policies to promote palliative care to address the 87% increase in serious health-related suffering predicted by 2060 that can be relieved by palliative care services.