Care Palliative care for children with HIV and AIDS - ehospice

Palliative care for children with HIV and AIDS 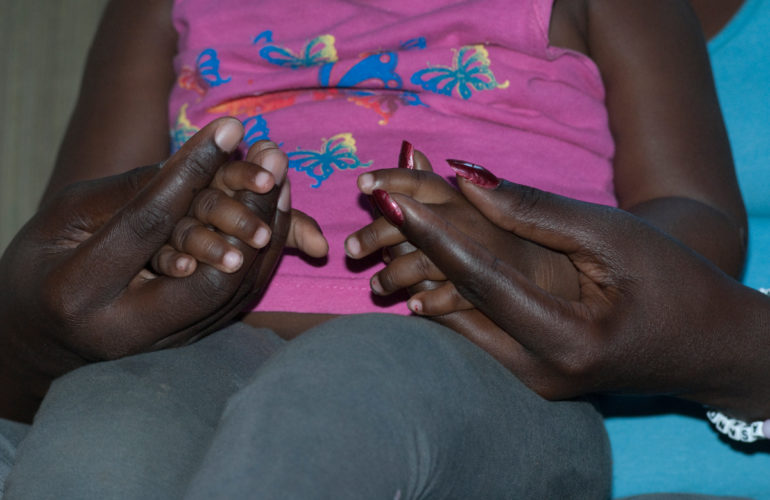 While there have been  advances in reducing infections and mortality, mainly due to the success in many countries of a reducing parent-to-child transmission, children still face many barriers to accessing testing, treatment and support for adherence.

Most children with HIV live in the developing world, with the highest number in sub-Saharan Africa. Poverty, social deprivation and limited child protection practices hinder early diagnosis and treatment adherence.

At the High Level Meeting on ending AIDS at the United Nations General Assembly in New York earlier this year, a Political Declaration on HIV and AIDS: ‘On the Fast Track to Accelerate the Fight Against HIV and to End the AIDS Epidemic by 2030’ was accepted.

As captured in Section 35 of this document, world leaders: “Note with deep concern the unacceptably low rates of testing and treatment coverage among children in developing countries, which are a result of similar social and structural barriers as the adult population faces, as well as age-specific barriers, including low rates of early infant diagnosis, inadequate case-finding of children outside of Prevention of Mother-to-Child Transmission settings, long delays in returning test results, poor linking of children to treatment, lack of adequate training for health-care workers in paediatric HIV testing, treatment and care, challenges with long-term adherence, the limited number and inadequate availability of efficacious antiretroviral child-friendly formulations, in certain countries and regions, stigma and discrimination, and lack of adequate social protection for children and caregivers; the progress made since the launch of the Global Plan towards the elimination of new HIV infections among children and keeping their mothers alive, including that an estimated 85 countries are within reach of elimination of mother-to-child transmission, but note that continued efforts are greatly needed”

Family integrity and support, understanding of the need for anti-retroviral therapy and regular follow-up, and the resources to provide basic care and transport to health facilities provides a supportive environment for the child or adolescent, even when orphaned.

At times a child can thrive despite a lack of family, where the child receives protective care from government facilities and palliative care services.

In South Africa, Emily (name changed to protect her identity) was born to a single mother who died soon after she was born. With no family able to care for the young baby, Emily was placed into a child-care facility where she was diagnosed with HIV at the age of three years.

She was referred to the District Hospital for treatment and then referred to a children’s hospice for day care and home/facility-based care and support.

The hospital and the hospice collaborate and communicate closely. Members of the child-care institution received training and ongoing support, and Emily was seen on a regular basis and attended day care daily.

Unfortunately she had two unsuccessful and traumatic foster placements and was admitted to the children’s hospice unit with advanced disease.

While there, a volunteer met and fell in love with the bright and beautiful little girl and Emily’s life changed completely. Adopted by the volunteer and her husband, she is a happy, healthy teenager, much loved by her family, who ensure she receives all the health care she requires.

Amelia in Indonesia was not as fortunate. Her father left her mother destitute when Amelia was a baby. When her mother met another man, he did not want the sickly little girl who was diagnosed with HIV. Amelia was often cared for by her grandmother who lived in a different district, and who earned a poor living by doing laundry.

This meant that Amelia had no continuity of care, as she attended different hospitals, dependent on whoever was caring for her at the time.

She was prescribed ART and was seen by a nutritionist but despite these efforts, her condition did not improve.

Her eight year old sister often missed school to care for her while their grandmother went out to work.

Amelia developed a recto-vaginal fistula which caused continuing pain and excoriation of the skin.

The children’s hospice did exceptional work to get her the best available treatment and support, but experienced many challenges to providing palliative care.

This very vulnerable little girl died despite treatment but was fortunate to have children’s hospice staff working to reduce the impact of extreme poverty, broken family relationships, lack of one coordinating healthcare worker, and fear of prescribing opioids for her pain.

Access to children’s hospice and palliative care services makes a difference to the care of children with HIV. Far too few children have this access.

The World Health Assembly Resolution 67:19 calls for the integration of palliative care services for children into health systems and for collaboration between health services and civil society.

Until we have adequate services, trained healthcare workers, adequate community services and access to medicines – including ART and pain medicines – in paediatric formulations, children will continue to suffer.

Programmes in developing countries such as Malawi and India[1] have shown that effective palliative care can be provided to improve the child’s quality of life even when resources are limited.

Palliative care is an essential part of the response to HIV for children, and we should continue our advocacy efforts until their right to healthcare, including quality palliative care, is realised.

[1] ICPCN Report on Developing Children’s Palliative Care in Malawi and the Maharashtra District of India www.icpcn.org