Palliative care in paradise – teaching nurses in the Seychelles 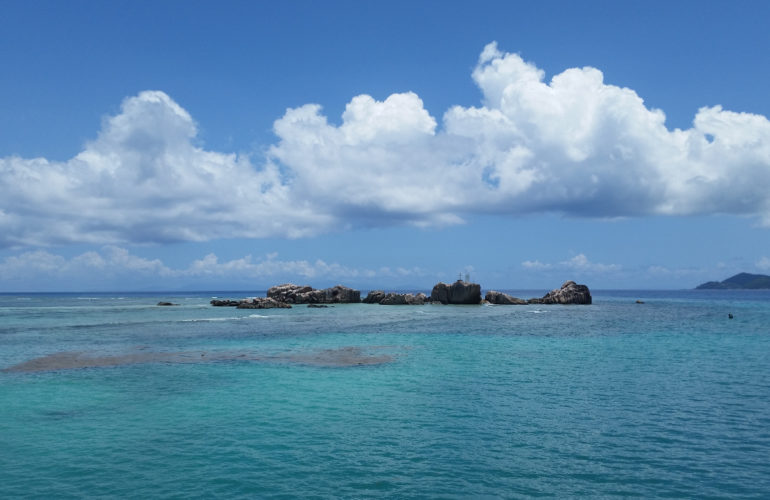 As you come into land, from the air you can see the beauty of this archipelago of 115 islands in the Indian Ocean.

The Seychelles has a population of around 90,000 and the major health issues for this island nation are cardiovascular diseases such as hypertension, stroke and ischaemic heart disease. However, there are also significant concerns around obesity, Type 2 diabetes and renal failure.

Fortunately, healthcare in the Seychelles is well developed and free for all; in addition to the main Seychelles Hospital, there are three cottage hospitals, 16 community health centres and a hospice scattered across the islands.

We visited the hospice which was opened in February 2009 with funding from the Rotary Club.

Each of the six rooms has its own TV, bathroom and enough space for relatives to stay. There was also a peaceful prayer room and a lounge decorated with a beautiful painting donated by the Seychelles’ most famous artist, Michael Adams.

We met some lovely patients here; we particularly spent some time with a young gentleman with metastatic colorectal cancer and complex pain. We were able to review his analgesia and suggest additions including slow release morphine and a neuropathic agent.

Unfortunately, despite this lovely hospice we knew there was a profound lack of training in palliative care; two of the Seychellois nurses had attended a five day training course at St Christopher’s Hospice, London, and one nurse a six-week clinical placement in Kerala.

Our teaching began with an introduction to the 25 eager community and hospital nurses who were attending our course.

At first we were strangers but by the end of five days, firm friends. We covered numerous topics over the time we spent together and there was much mutual learning.

When Fiona was talking about Grief and Bereavement, we learnt the Seychellois wear dark purple, black or white (or sometimes pink for breast cancer) in their mourning period which means those around them are sensitive to their recent loss.

We found out that public radio is used to announce the names of the recently deceased, and also, interestingly, to track down next of kin!

There was much laughter during the course. For example, I used a picture from the comedy show ‘Little Britain’ when teaching about nausea and vomiting – it turns out the Seychellois are huge fans and at a later point when the computer was having issues, someone even called out: “Computer says no!” – a catchphrase from the show.

There were some things which surprised us and were major learning points for the nurses. For example: the use of opioids for breathlessness was unfamiliar as was using the subcutaneous route to administer medications at the end of life.

So what next? The Minister of Health has invited us back for next year and together with the charity, Palliative Care Works, we are hoping to draft a plan for development.

Our formal feedback was excellent but also highlighted that teaching now has to extend out to the community and into the hospital, jointly reviewing patients and modelling good palliative care.