Community Engagement Palliative care in the response to Ebola - ehospice

Palliative care in the response to Ebola 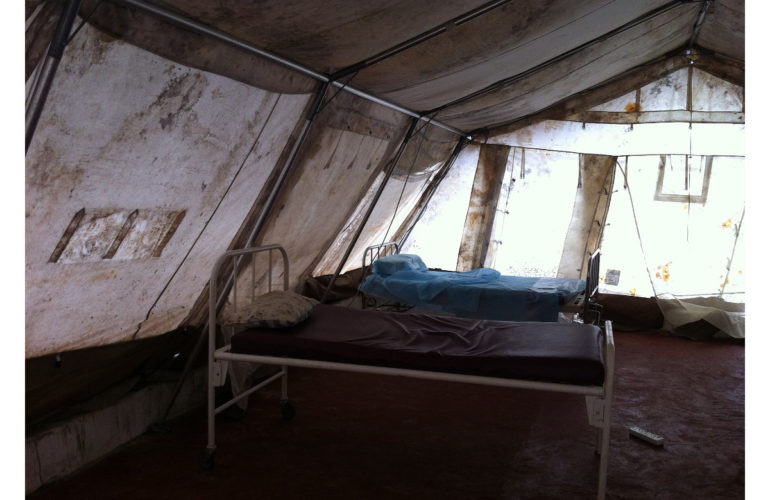 Recent counts of the scale of the Ebola outbreak put the number of confirmed, suspected and probable cases of Ebola in the worst affected countries at 8,033, with 3,879 recorded deaths (Reuters).

As one article in the New England Journal of Medicine reports: “As yet, there is no persuasive evidence that the epidemic is under control” (Briand et al., 2014: p1181). It is clear that many months of coordinated effort by health care workers properly trained, protected and supported are ahead.

Although there is no known vaccine or cure for Ebola, the steps recommended by WHO and other international health organizations to reduce mortality are through supportive care and community education. Both of these areas are core competencies of those trained in palliative care.

While it is dangerous – and currently logistically impossible – for palliative care teams to be in the emergency care centres, the staff already working there demonstrate the ethos of palliative care, supporting patients either long enough for their immune systems to defeat the disease, or until death.

Along with the elements of medical and public health emergency, Ebola brings social, spiritual and psycho-emotional challenges. Those already sick with the illness often also deal with its by-products of fear, loss, compounded bereavement and isolation.

Emergency care centres set up in the areas where Ebola is most prevalent separate people into areas housing suspected cases (those with symptoms), probable cases (those with symptoms as well as conformed contact with the virus) and cases confirmed by a blood test (Wolz, 2014). The time waiting for a test is already fraught with anxiety, but the confirmation of a positive result brings extreme – and warranted – fear.

In an example reported by the New York Times, a 28 year old woman was told that she had been tested positive, having only hours earlier been given the all-clear based on a mix-up of blood samples. “I told everybody I am coming home,” she told the centre’s psychologist in tears, as she refused to move into the ‘confirmed’ ward.

Luckily, a new result showed that she was negative, indicating either recovery or an error in the previous positive test result.

Despite the constant fear and the sterile environment of the emergency care centres, both a general context and specific instances of humanity and support stand in contrast to the necessary clinical isolation.

Reports of strikes and threatened walk-outs by health workers (justifiably) fearing for their own lives and those of their loved ones, are balanced by huge demonstrations of compassion and commitment in those suiting up to contain the disease and to care for and comfort those infected or at risk.

As one Médecins Sans Frontières doctor noted: “I try to spend more time (in the ‘confirmed’ area) than in the other tents, if only to hold patients’ hands, give them painkillers, and sit on the edge of their beds so that they know they’re not alone” (Wolz, 2014: p1082). Even when there is nothing they can do medically, healthcare staff are recognising that they can do something, demonstrating the ethos of palliative care in these extreme circumstances of their professional practice.

How can palliative care practice help in the Ebola response?

There are also practical ways in which palliative care services on the front line can be an essential part of the response to Ebola in West Africa.

Shepherd’s Hospice in Freetown, Sierra Leone have found themselves at the front line of the response and staff and volunteers are in desperate need of training and protection. As Gabriel Madiye, the hospice director, said: “Initially we shied away from Ebola, but now Ebola has come to us and we have to do something.”

Fear and stigma prevent not only timely detection and care of people infected, but also mean that people affected, and particularly children orphaned by Ebola, are shunned and isolated. According to WHO Director-General, Dr Margaret Chan: “Fear remains the most difficult barrier to overcome… Good communications and community engagement are urgently needed to combat denial, rumours and behaviours that fan new transmission chains” (Chan, 2014: pp1183-1184).

Kate North, international programmes manager at Hospice UK, said: “Integrating palliative care skills into the response will help to reach out to families with information and education on Ebola and how to protect themselves. The staff and volunteers of Shepherd’s Hospice are known and trusted in the community, palliative care teams are used to dealing with and addressing community stigma and fear and palliative care teams can support families through loss, bereavement and grief.

They also provide a key inroad into the communities, and could be a first point of detection and referral for testing and treatment. They could share information and educate families on how to prevent infection. They could distribute protection kits and sanitation kits to at risk families. They could alert the District Health Medical Teams to cases, so that patients can be taken to emergency care centres, houses disinfected and support given for safe burial.

But to do this they urgently need training, equipment and supplies.”

The Worldwide Hospice Palliative Care Alliance (WHPCA) has launched an urgent fundraising appeal to support Ebola-affected families and the staff caring for them at The Shepherd’s Hospice in Freetown, Sierra Leone.

The appeal, which can be found online, is aiming to raise £50,000 to supply the staff of The Shepherd’s Hospice with funding, training, equipment and support to keep their communities, their families and themselves safe.

View a powerful photo essay by the New York Times

Life, Death and Grim Routine Fill the Day at a Liberian Ebola Clinic

A Good Death — Ebola and Sacrifice