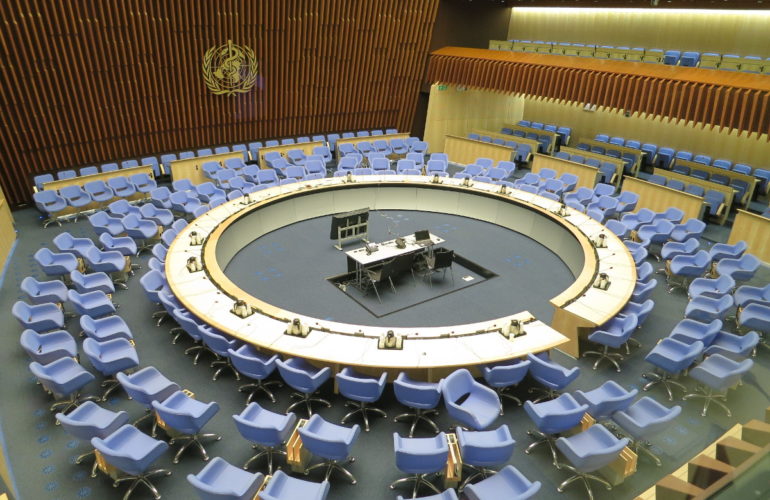 Top of the agenda was the election of the new WHO Director General, who will succeed Dr Margaret Chan as leader of the WHO.

The Union for International Cancer Control (UICC) led the drafting of the resolution: ‘Cancer prevention and control in the context of an integrated approach’ to be considered by the WHA. This resolution recognises the importance of palliative care in the continuum of care for people with cancer and their families.

Dr Connor gave an intervention, noting that: “Palliative care, as an essential component of universal health coverage, should be included as a necessary component of all national cancer control plans.”

Dr Connor also argued that the psychological, social, and spiritual care of people with cancer and their families should be included, as well as a recognition of the specific needs of children with cancer.

The Draft Global Action Plan on the Public Health Response to Dementia was debated. In his intervention, Dr Connor commended the strong inclusion of palliative care in the Strategy, given the value of palliative care in easing the burden of care on people with dementia and their families and caregivers.

However, he noted the absence of an indicator monitor and measure progress in relation to palliative care for people with dementia and called on WHO and Member States to address this issue.

Dr Connor said: “The absence of palliative care indicators is a common omission in related global health action plans and programmes. We encourage the WHA EB and WHO member states to recognise this fact, explore why this is the case and take steps to address the issue.”

Find out more about the Executive Board meeting on the WHO website.