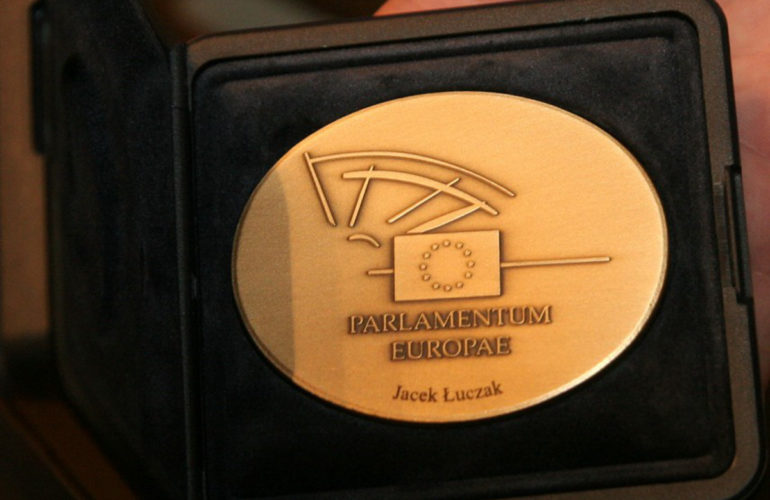 Prof Luczak is the founder and medical director of the Palium Hospice, Professor of Palliative Medicine Chair and Department at the University of Medical Sciences in Poznan (Poland), President of the Eastern and Central Europe Palliative Care Taskforce (ECEPT), a member of the Board (2006-2009) of the International Association of Hospice and Palliative Care (IAHPC).

The European Citizen’s Prize was awarded by the European Parliament, and recognizes the Professor’s 25 years of work in the development of palliative care in Poland and in other countries, his efforts to strengthen cooperation of professionals in the field from various EU countries, and building better relationships between doctors, patients, and their families.

The Professor’s activities are closely linked to the theme of the European year, active ageing and solidarity between generations, and reflect the values enshrined in the EU’s charter of fundamental human rights.

Palium Hospice of the Lord Transfiguration University Hospital is a palliative care facility and home for seriously ill and dying patients. The Hospice provides care with a 24 bed unit for patients at the facility, provides home care for up to 150 patients at one time, 1200 each year, incorporates a Day Care Centre, and provides Lymphodema, Pain and Chronic wound clinics. It is an internationally recognized OSI (New York) supported , ESMO awarded, training and education center for Polish and foreign healthcare professionals and students, and is supported by an active group of volunteers.

This year, thanks to the Polish Ministry of Health, Poznan’s chapter of the Polish Association for Palliative Care, and community-governed municipal funding, the hospice began an expansion that will provide 12 additional patient beds, which will increase the comfort of patients and their families.

On 12 October, 2012, at the Poznan’s Concert Hall, Prof Luczak was decorated with the medal: “Civi Europaeo Praemium,” by Mr. Filip Kaczmarek, a member of the EU Parliament, who nominated him for the award.

Prof Luczak asked President Schultz to support initiatives to improve palliative care and assure the availability of oral morphine in countries in Central and Eastern Europe, not part of the EU, and provided him with a petition.

Professor Luczak invited to India by Dr Dam from Bokaro Hospice, a visiting palliative care teacher with the Palliative Care Unit team, and family members of patients in Cuttack, India. A photograph of Prof Luczak with Cuttack’s team was chosen by the organizers of the European Citizen’s Prize Exhibition to be exhibited in the European Parliament.

Professor Luczak stated in a speech on Poznan Celebration Day on 12 October 2012, “I greatly appreciate this honour given to me as an individual who has devoted many years working to develop palliative and hospice care in Poland and in other Eastern and Central European countries. In my opinion, this award is the product of all the hard work of my fantastic, interdisciplinary TEAM, which has worked with me for many years and supported me every day to provide services for our suffering patients and their families, and to improve the quality of care in other countries. I am grateful to Mr. Filip Kaczmarek who nominated me and I am grateful to the European Parliament Special Committee for providing me this precious award. I will be happy if this award supports my efforts to encourage cooperation among active, enthusiastic people and leaders in palliative care from Belarus, Russia, Ukraine, and in other countries to improve the care of the dying in neighbouring countries.”