August 25, 2021 | No Comments
Categories: Care, Featured, and People & Places.
As Asia Pacific Hospice Palliative Care Network (APHN) marks its 20th Anniversary this year, please join them to congratulate and thank Assoc Prof Cynthia Goh for her 20 years of excellent service in the APHN. Assoc Prof Goh has been exceptionally exemplary in promoting the access of hospice and palliative care in the Asia Pacific region. She will continue to serve in the APHN as the Advisory Committee Chair, as well as continue to provide leadership in leading APHN projects to help build capacity for palliative care in low-and-middle-income countries like Bangladesh, Myanmar, Sri Lanka, India and Bhutan.
Click on this link to leave your best wishes: https://aphn.org/thank-you-assoc-prof-goh/
They will be collating all your wishes for Assoc Prof Goh to read.
Below is an article published on ehospice in 2013 on Prof Goh. 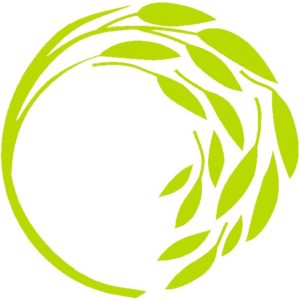 How did you get into palliative care?

I guess it was my upbringing as a medical student. From medical school days we had always been taught to look at the whole person, not just at the person as a collection of body parts. As I started practising, there were only a few specialties that focused on care. Palliative care allowed me to practice medicine the way that I was taught to practice medicine.

As for how I actually got into the field: When you get to the stage of medical training where you decide on your speciality, I started by excluding all the ones I didn’t want to do. When I decided on palliative care, it wasn’t a recognised specialty. I didn’t know how to start. I was just told: “Don’t waste your career, go and teach in a university”. So then I did that. I enrolled in the Institute of Molecular and Cell biology for a PhD and started working in the lab.

At almost the same time I was approached by some nuns to volunteer with them where they were talking care of a few patients that were dying. They didn’t know how to do this, the medical side. They heard that I had been asking around about this. They invited me to volunteer with them. A little later I made contact with a group of volunteers who had read a newspaper article that I had published describing what we were doing. We organized ourselves to go into people’s homes to take care of patients. That was how the hospice movement started in Singapore. It was sort of by chance really.

Would you say it was serendipitous?

Well I wouldn’t call it serendipity exactly, more like a group of people suddenly discovering a gap in the service, getting so concerned and saying: “Why don’t we organise ourselves?” So we set up the home care service and formed the first hospital association in Singapore.

Eventually we came through the cycle. At first the hospitals couldn’t look after all the patients, so we joined the national cancer centre. We started that, started looking after the patients.

At the beginning we thought that the patients wanted to be at home, then we realised that it was better for patients to be in hospital as they were so sick.

You don’t plan it at the beginning but you believe that if you follow the need, then you will be doing something worthwhile.

Thank-you. Now if I could ask you how palliative care has influenced you in your life?

I think that palliative care has changed me and I’ve seen people changed. I warn people when they come into this field: “Be prepared to be changed”. We see so much suffering and we get so close to people. It is life changing, and then once you’re in it… One of my friends said to me: “It’s not morphine that’s addictive, it’s hospice”. You want to stay in it.  Another friend said to me that it gives you everything- intellectual stimulation, spiritual fulfilment. It really is a complete job.

Dr Liz Gwyther, who provided these questions, noted that one of her students has written about how oncologists experience burn out when they care for terminally ill patients – Do you have any comment about burn-out or otherwise in palliative care?

Yes, I mean that is something that we all are told to look out for. When I think about what makes people burn out, it is the feeling of helplessness. When you are feeling that you can’t make a difference and you are not finding meaning in your job. Also life stresses play a role. When you have had too many bad things happen in your personal life as well as seeing all that suffering, you become overworked and critically exhausted.

Do you find that your team will do that for you?

I think we have our own support systems. Because I belong to the generation where no one was doing this kind of work when I started, I looked for support form peers and mentors overseas. In those days we didn’t have Skype, or email, or even fax machines! We had long-distance telephone which was very expensive, or we had what we now call snail mail. We did reach out across the oceans to each other. Lots of my friends lived in the UK, which is a very long way from Singapore.

When you say does my team, as in does my team support me, I’ve worked with teams that have been both supportive and very unsupportive.

As a leader in palliative care, do you find that your team is sometimes not able to reach out to you to provide that support?

Absolutely. As a leader there is a gap between you and the rest of your team. So you find that you can only reach out to people who are outside of your team. Often other leaders in leadership positions who know how it is to be out there on your own.

Especially when you are starting things, as a pioneer. Some of those pioneers, when people go into an area of work with different agendas, most people go into it because there is a need, perhaps there is an interest, sometimes you need to be needed.

That is the reason why the APHN started. It was the brainchild of people who said, there are all these people who are pioneering, often on their own, they need support.

And does this link in to the work you are doing with the Lien foundation?

With the Lien foundation, we are doing a training of trainers, trying to get a small core group of people in those countries who will become trainers. In this work you have people pulling in all different directions, you need to be vey focused as to what we want to do, which is to identify a small group of leaders in the country.

What do you see as the future of hospice and palliative care in the world in general and in the Asia Pacific region more specifically?

It is a very young field. It dates back only to 1967. Hospice started off as being a home, Cicely Saunders always looked upon it as a home. As you go away from that, particularly in developing countries, you see that the UK model of hospices becomes less relevant. There are too many resources concentrated on too few people, so now we are talking about the community model. We’re talking about integrating palliative care into communities. That’s a long way from the original hospice where nothing is too good for the dying patient. I’ve seen hospice evolve from the early days until now.

When we started we were adamant: “We don’t put tubes into people. We don’t do drips,” and now we see the modern palliative care, with plenty of drips, many medical interventions.

When we started, we were originally concentrated on cancer. But as we evolved we had to ask ourselves: What are our criteria? Do we only look after cancer patients? It is also a question of resources. Since then we have expanded to include people living with HIV, people with motor neuron disease. We opened up to the neurological patients, people with dementia, people with strokes and long-term trajectory. With cancer, you know the prognosis to a certain extend, you know the trajectory.

With other diseases, you have to ask about resources. Then we talk about the palliative care approach which is the way that we look after people.

That’s part of the argument at the moment, which diseases do we treat as part of palliative care, and it is a good area for debate.

Then you asked about palliative care in the Asia Pacific region. One of the things that I’m really interested in is the cultural aspects. How to adapt this approach into the different cultures. There was a time when telling the truth was a very aggressive approach. There was this idea that you had to tell people the diagnosis, no matter what. People were reluctant to go to the hospice, they said: “Don’t go to hospice, they will tell you the diagnosis!” and that was considered to be very bad. I think we’ve gone beyond those days, this very aggressive truth-telling business.

Then there is the bit about individual decision making. Again I think that some of us, people did accept family decision making, that patients don’t want to make decisions. They want the clinician to make the decision for them. Again there are those shades of change. I think in Asia we are trying to find our identity.

For us to work in different countries, like with the Lien Foundation work, the question is how we adapt certain ideas to a different society. Bangladesh is mainly Muslim, while in Myanmar there is a strongly Buddhist society. You look at Asia and you think, there is Asia, but it isn’t just one big Asia, there are all small countries with cultures all their own. Yes we are all Asia, but we are also all individual.

I think bringing the concept of palliative care into these communities, it has different manifestations, but it’s the same soul. It is like us: We are all human, we are all similar, but our culture is how we express that on the outside.