Community Engagement The colourful life of volunteers in Europe - ehospice

The colourful life of volunteers in Europe 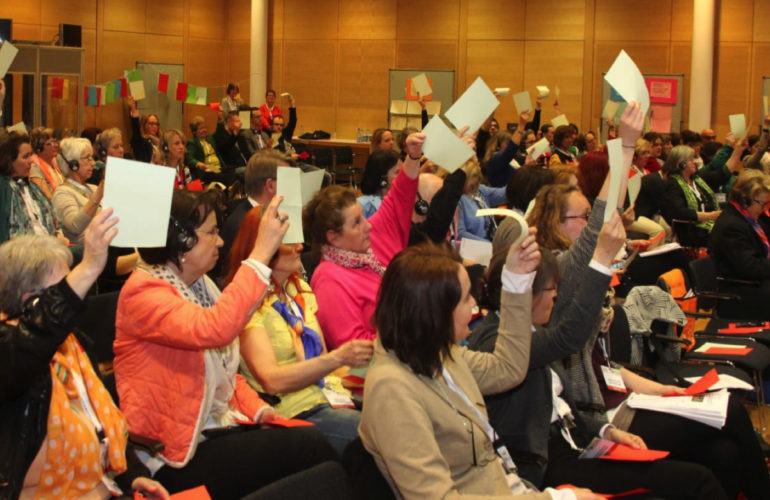 We would like to begin this article by thanking the Association of Voluntary Service Managers (AVSM) for the amazing opportunity to travel to Vienna, Austria to meet and share stories and experiences with people from all over Europe working with volunteers in hospice care.

This was the second such event; following a successful volunteering symposium at the European Association for Palliative Care (EAPC) World Congress in Prague in 2013, Hospice Austria, in partnership with the EAPC Task Force on Volunteering, organised a second symposium in Vienna in April 2015.

The main focus of the event was to look at the future of hospice palliative care (HPC) volunteering in Europe by 2020:

In addition, the Task Force’s position paper and the first results of a European study were presented and there was some collaborative work on the development of a charter for empowerment of HPC volunteering in Europe.

We were encouraged to network, share stories and experiences, exchange ideas and learn from each other.

PESTLE Analysis based on our impressions of the event

Presentations and discussions would suggest that the level of political support varies from country to country and none of the countries present at the conference had formal legislation relating to volunteering. In Austria there is a government minister for palliative care, which ensures hospice care is high on the country’s political agenda.

The economics of the countries at the conference differed greatly. A number of delegates were unpaid volunteer co-ordinators, due to limited funding and many rely on professionals volunteering. Delegates reported that in some Eastern European countries students undertake volunteering in order to get work experience to support their journey into the labour market. This can mean that they have challenges getting young people to do short-term volunteering such as fundraising events.

With the possible exception of Poland, many countries represented at the conference reported difficulty in recruiting male volunteers. It was suggested that in Poland this was because of their partnership working with their penal reform system. With an ageing population across Europe it was highlighted that there is likely to be an increased demand for volunteers to support more patients who are living longer with terminal illness. One delegate from Belgium described how it was particularly hard to recruit volunteers in rural locations. Romania struggles to recruit older volunteers because of the historic connotations with volunteering and communism and, as a consequence, 70% of their volunteers are ‘young people’. Austria has a national curriculum for volunteering and this is part of the social culture for high school students.

Technology was not talked about a great deal but was felt to be an important topic for consideration in the future.

A common theme across Europe is the lack of legislation relating to volunteering. At the conference there was discussion about the draft of a European Charter for Volunteers in HPC – defining HPC volunteering, the approach to volunteering and calling for stakeholders to provide effective frameworks and promote volunteering – which is a project being led by the EAPC Task Force on Volunteering.

A common theme emerging from the symposium was that across Europe patients were cared for at home as much as possible, ie in their own environment. It was reported that in some countries it is hard to facilitate this because of a lack of volunteers and the rural nature of their environment. For some other countries present this was the only option, other than hospitals, as there were no physical hospice buildings.

Personal reflections from the symposium

The event allowed the attendees to share facts and discover common ground despite international borders and it was great to hear the buzz in the room despite the obvious language barriers.

A number of countries present did not need to fundraise to the same degree as UK hospices as they attract more government funding, so the number of volunteers in the UK compared to other countries appears initially disproportionate as a consequence.

Many countries are clearly already using HPC volunteering in the community for patient care and this has proven to be a very successful way of extending hospice services without incurring additional costs. In fact, some countries do not have any hospice locations and HPC volunteering is either in a hospital, mobile or home setting.

Some countries have hospices that are run by volunteers and only call in professionals based on individual patient needs and a type of ‘pay as you go’ service.

Those countries who engage with young people on the topics of death and quality of life at an early age appear to be better able to recruit younger volunteers.

The volunteer profile is generally typical across Europe with more female than male volunteers which was something we all agreed requires addressing.

While most HPC volunteers remain motivated by ‘doing good for someone with a terminal illness’ there is a noted shift towards younger people volunteering to develop their CV and gain professional skills and university places.

The proposal to develop a European HPC volunteer charter via the EAPC was well received and it does appear that there is sufficient commonality from the initial study for this to be workable.

Further information on the EAPC Task Force on Volunteering in Hospice and Palliative Care can be found on the EAPC website, or you can contact the co-chairs of the Task Force, Ros Scott (rosc.scott@btinternet.com) and Leena Pelttari (leena.pelttari@hospiz.at).