Care The Need for Palliative Care in Bangladesh - ehospice

The Need for Palliative Care in Bangladesh 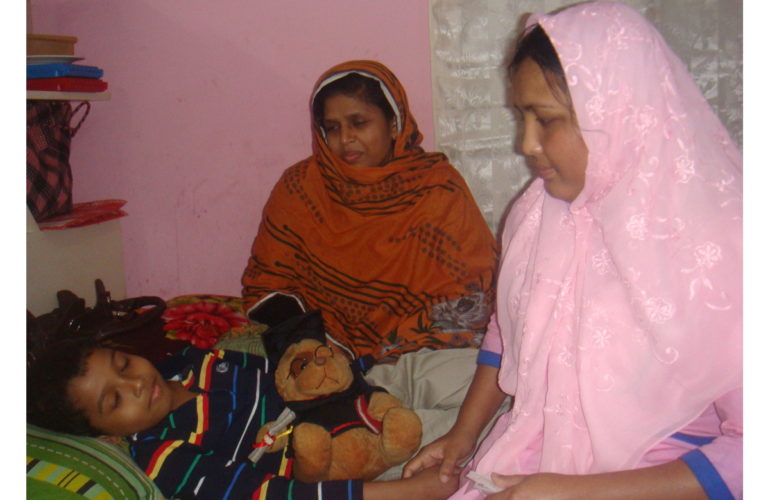 Dying with incurable illness in poverty and pain is all too common in this sub continent as well in our country. With minimal resources  shortages of health workers, national health systems in a number of South Asian countries have focused primarily on preventive, curative and maternal health services. In many countries minimal or no resources have been dedicated to supportive or palliative care. Palliative care is a developing branch of healthcare that deals with the terminally-ill, incurably-ill and chronically bed-ridden  people. A large percentage of the patients who need palliative care are cancer patients in extreme pain; some of them are in the terminal stage. Millions of others suffering from paraplegia, acute renal and respiratory problems, and many other incurable illnesses also benefit from palliative care.

According to Bangladesh Cancer Society the economi burden of new adult cancer patients is 250000/yr, and the total cancer burden is 10,00000/yr. This is an institutional based statistics , the actual picture probably far away from it because due to many barriers the majority of the patients could  not reach to final diagnosis or avail treatment facilities. According to the oncologists and referral hospitals approximately  75% of the cancer patients attending for treatment are incurable and they get treatment in palliative setting. 30-40% of these patients are in end days of life with lot of sufferings  and  their  admission are refused by the hospitals as our hospitals are overloaded with patients of acute illness.

According to Society of Neurologists of Bangladesh ( published in June, 2012) the incidence of stroke patients is 5-12 /1000/year and among them 35% become permanently disabled or depend on care givers. There is no such hospital to support them on a regular basis.

Bangladesh, which in the past few years has made some strides in public health, has a large number of people in need of palliative care. The country has a population of 160 million people, and scarce resources and medical infrastructure. Delivering appropriate care for people with incurable progressive diseases in the last phase of life is an important, but largely neglected issue. In recent years, deficits in this field have increasingly come to the attention of the public and professionals, as there is increasing  demand for the development of palliative care.

The first recognized Palliative Care Unit (PCU) in Bangladesh is ASHIC palliative care unit for childhood cancer patients at Dhanmondi, Dhaka, which was established on  20th May 2006 . It consist of 10 beds . Surprisingly, ASHIC is the first Pediatric PCU in Asia Pacific region and only PCU in Bangladesh recognized by UICC (Union for International Cancer Control).  Bangabandhu Sheikh Mujib Medical University established palliative care service in 2007. They improved their service for palliative patients in 2011 with indoor facilities of 15 beds . We don’t have Palliative Medicine specialist and Nurses in our country. Palliative patients are covered mainly by an Oncologist. Recently a few Oncologists, General physicians, and Anaesthetists  trained abroad in palliative care and they are trying to develop this sector in our country. In this aspect, at the end of December 2012, Bangladesh Palliative Care Association (BPCA) was formed with a group of dedicated doctors and philanthropists working in this field with the vision to establish palliative care services for the patients with chronic illness and a lot of sufferings as well as development of manpower in this field. They are also trying to make available the essential drug Morphine as pain killer which is rarely available in our country.

The evolution and growth of palliative care service and hospice should be from the combined effort of both the public and the private sectors. Without community involvement, establishment of this sector is not possible. The fact should not be overlooked that  if specialists and facilities of palliative care  become fully available in the future, a big proportion of the total number of patients with incurable, progressive diseases will get benefit from this care. It is estimated that 30-40 % of the incurable, seriously ill and dying need some form of palliative care in this country.