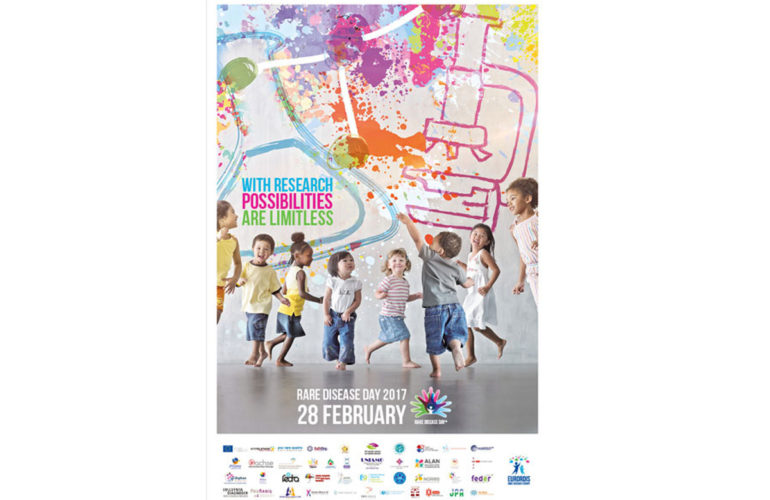 The main objective of Rare Disease Day is to raise awareness amongst the general public and decision -makers about rare diseases and their impact on patients’ lives. The campaign targets primarily the general public and also seeks to raise awareness amongst policy makers, public authorities, industry representatives, researchers, health professionals and anyone who has a genuine interest in rare diseases.

Originating in Europe, the day has become a worldwide phenomenon, with more than 80 countries participating in 2016. Events associated with the day are organised by different organisations working on a local or national level to raise the level of awareness for the rare disease community within their countries.

Certain diseases and disorders may affect a handful of people while others may touch the lives of as many as 245,000. It is estimated that as many as 30 million people may be affected by one of over 6000 existing rare disease in Europe.

Theme – Research
The theme for 2017 is research and the slogan for the year is ‘With research, possibilities are limitless’. Research is key and brings hope to the millions of people living with a rare disease across the world and their families. The theme highlights the difficulties experienced by millions of patients who live without a definite diagnosis or knowing there is no available or effective treatment for their rare disease or disorder. Research can lead to the identification of previously unknown diseases and can increase understanding of the same. It enables doctors to give a correct diagnosis and provide information to patients about their disease. Research can also lead to the development of new treatments and in some cases, even a cure.

Rare Disease Day 2017 is therefore an opportunity to call upon researchers, universities, students, companies, policy makers and clinicians to do more research and to make them aware of the importance of research for the rare disease community.

Today, 28 February 2017, the tenth edition of Rare Disease Day will see thousands of people from all over the world come together to advocate for more research on rare diseases. Over the last few decades, funds dedicated to rare disease research have increased. But it can’t stop there.

Website
All information for this article was taken from the Rare Disease Day website which has a wealth of information on the day and on how you and any organisation can be involved in future events.