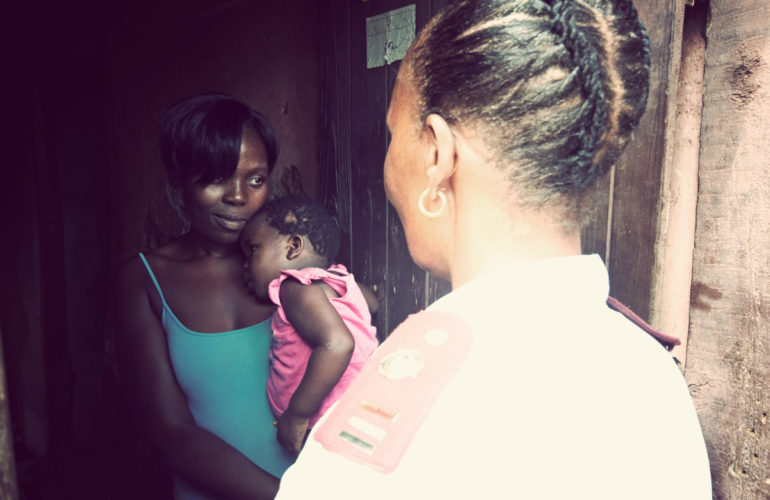 UNAIDS and the World Bank Group have committed to work closely with UNDP and other international partners to address the social and structural drivers of the HIV epidemic that put people at greater risk of HIV and deny them access to services. These social and structural drivers include gender inequality, stigma and discrimination, lack of access to education and unstable livelihoods. UNAIDS and the World Bank Group will advocate for:

Despite unprecedented progress over the past decade in the global response to HIV, economic inequality, social marginalization and other structural factors have continued to fuel the HIV epidemic. The epidemic continues to undermine efforts to reduce poverty and marginalization. HIV deepens poverty, exacerbates social and economic inequalities, diminishes opportunities for economic and social advancement and causes profound human hardship.

“Ending the AIDS epidemic and extreme poverty is within our power,” said Michel Sidibé, Executive Director, UNAIDS. “Our combined efforts will contribute to a global movement working to ensure that every person can realize their right to quality healthcare and live free from poverty and discrimination.”

“Just as money alone is insufficient to end poverty, science is powerless to defeat AIDS unless we tackle the underlying social and structural factors,” said Jim Yong Kim, President of the World Bank Group. “To end both AIDS and poverty, we need sustained political will, social activism, and an unwavering commitment to equity and social justice.”

“Stigma, discrimination and marginalization stand in the way of fully realizing the promise of HIV prevention and treatment technologies,” said Helen Clark, UNDP Administrator. “We know that where laws and policies enable people affected by HIV to participate with dignity in daily life without fearing discrimination, they are more likely to seek prevention, care and support services.”

Improving health services and outcomes is critical to ending extreme poverty and boosting shared prosperity. The recent Lancet Commission on Investing in Health estimated that up to 24% of economic growth in low- and middle-income countries was due to better health outcomes. The payoffs are immense: the Commission concluded that investing in health yields a 9 to 20-fold return on investment.

Investing in health also means investing in equity. Essential elements of a human rights-based response to HIV include: enabling laws, policies and initiatives that protect and promote access to effective health and social services, including access to secure housing, adequate nutrition and other essential services. Such measures can help protect people affected by HIV from stigma, discrimination, violence and economic vulnerability. HIV-sensitive social protection is already a key component of the UNAIDS vision of zero new HIV infections, zero discrimination and zero AIDS-related deaths.

“Pills on a shelf do not save lives,” said Sveta Moroz of the Union of Women of Ukraine Affected by HIV. “To end the AIDS epidemic for everyone will require a people-centered approach driven by the community and based on social justice. It demands an approach that ensures basic human rights to safe housing, access to healthcare, food security and economic opportunity. These are rights that actively remove barriers to real people’s engagement in effective HIV prevention and care.”

Commenting on the press release put out by UNAIDS and World Bank, Joan Marston, Chief Executive of the International Children’s Palliative Care Network, said: “It is encouraging to see the recognition by World Bank and UNAIDS that the AIDS and poverty can only be eradicated with a people-centred approach that includes activities to promote social justice, alongside Universal Health Coverage. Palliative care is part of any comprehensive approach and has always recognised that a holistic approach includes social care and support, treating the person within their social system.”

UNAIDS and the World Bank Group announced that they will work to ensure that these efforts feature prominently in the post-2015 global development agenda, and are integral elements in ending AIDS, achieving universal health coverage, ending extreme poverty and inequality and building shared prosperity.