Policy Universal Health Coverage – "The most powerful concept that public health has to offer." - ehospice

Universal Health Coverage – “The most powerful concept that public health has to offer.” 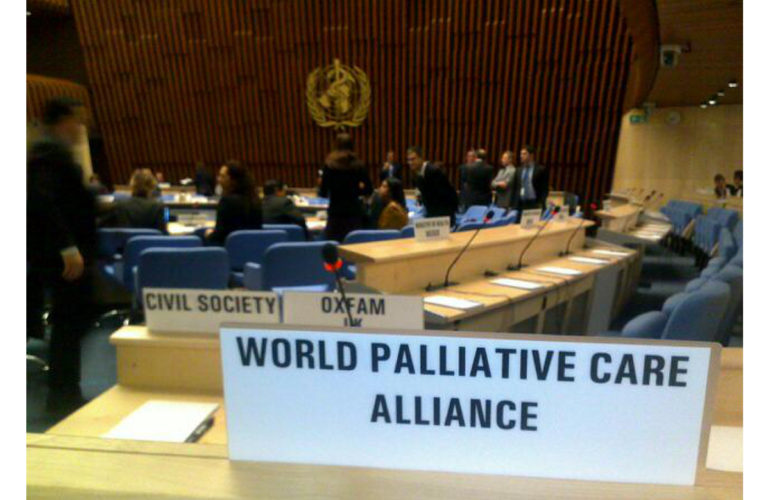 Bringing together Ministers of Health and Finance from selected countries and other high level stakeholders, the meeting aimed to share experience of what has and hasn’t worked in country efforts towards UHC, look at the health financing of UHC, discuss monitoring and evaluation of UHC and identify inter-sectoral actions to galvanise support for UHC.

UHC is defined as the situation where all people are able to use quality health services that they need and do not suffer financial hardship paying for them. It brings together two inter-related concepts of coverage: In public health, the term embodies the principle that all people should be able to use a range of quality health services that they need, including the appropriate mix of prevention, promotion, treatment, rehabilitation and palliative care. Health economists on the other hand use the term to describe whether people are protected from severe financial hardship as a consequence of paying out-of-pocket for health services (Background document: Towards Universal Health Coverage: concepts, lessons and public policy challenges WHO/World Bank Ministerial Level Meeting 2013. Accessed February 2013).

Until recently, Universal Health Coverage has been defined as ensuring access to a range of needed services which included “prevention, promotion, treatment and rehabilitation”. Palliative care was not considered or included as part of the definition. Following discussions with WHO it became clear that this was a result of basing the definition on the WHO constitution – a document written prior to the ‘invention’ of palliative care. We are pleased that WHO now clearly includes palliative care within UHC as a needed part of an essential health care service. This was outlined in the note to the World Health Organization Executive board,  the Background document to the Ministerial Meeting and was reiterated throughout this week’s meeting.

Why is the concept of Universal Health Coverage important for palliative care development?

The concept of Universal Health Coverage is important to palliative care development for a variety of reasons:

A strong health system which provides comprehensive health care services is obviously a priority for palliative care advocates. In order to deliver quality palliative care, we need strong health systems which have the skills and experience of trained health and social care professionals and community carers, as well as systems which ensure access to essential medicines and new services. This is enshrined within UHC.

Throughout the meeting it was reiterated that UHC is not just about coverage but also about quality. Everybody deserves access to quality affordable health care, said the meeting’s co-host Tamar Manuelyan Atinc, Vice President of the Human Development Network of the World Bank.

UHC is about equity. The poorest and most vulnerable, the marginalised, the disabled, rural populations, children and older people and indigenous people have the right to access to quality, affordable health care services. Hospice and palliative care must be available and accessible to all. This is a core principle of palliative care.

UHC stands by the principle that catastrophic health incidents should not force people into poverty. As palliative care advocates and providers, we know that the impact of chronic illness can do just that. This can be because the breadwinner is unable to work due to illness or caring responsibilities, or because the cost of medicines and services are unaffordable for the household. The WPCA promotes “universal access to affordable, quality care”  and hospice and palliative care services worldwide seek to provide care free at the point of delivery.

What are the challenges?

• Universal Health Coverage and palliative care delivered on the ground

Out of 192 countries studied in 2010 research, 75 had legislation mandating universal access to health care services independent of income. Of these, 58 met the criteria based on available measures of coverage (including >90% of the population having access to skilled birth attendance and insurance coverage) which serve as broader proxies for access to care . Despite this coverage, many of these countries are not even close to universal coverage of palliative care services. The way UHC is defined and measured is different in many countries, and often uses a basis of the provision of a minimum set of health care services as defined by the country. A challenge may be to ensure that countries recognise palliative care as an essential, needed service which is part of a minimum package of health care, given the enormous competing priorities and resource limitations.

Evidence is a major challenge. At the meeting the need for the evaluation of universal health coverage on the achievement of health outcomes was raised a number of times. Does universal health coverage decrease maternal and child mortality, does it decrease mortality in relation to NCDs? In relation to palliative care, evidence continues to be limited on how it contributes to a broad range of health outcomes, poverty reduction, the strengthening of health and community systems and its cost effectiveness.

• Private and public provision of services

The discussion is increasingly occurring on who provides health care services and how. The discussion on private and public provision of palliative care services and the evidence of impact of those different providers on patient outcomes has not received enough attention to date. At the meeting it was suggested that private providers are more efficient and that public providers have the trust of the people. Therefore, in order to ensure UHC, there would need to be some of kind of partnership which would include regulation of the private sector to prevent over-pricing and over-servicing as well as increased efficiencies within the public sector. The role of civil society as service providers was barely touched upon. Yet were we to look at the provision of palliative care worldwide, it is likely that a significant proportion is provided by civil society. For example, in the UK, most palliative care is provided by independent hospices and in Ethiopia, there is one civil society hospice providing palliative care in the community.

• Inclusion of palliative care within the UHC definition

It is fantastic news that WHO have included palliative care within the UHC definition but the advocacy work is not over. The UN resolution on UHC approved in December 2012 included the old definition without palliative care. At the country level and amongst civil society it will take time to ensure that palliative care is included and considered as a core part of the UHC response. This will not happen without continued monitoring and advocacy by the palliative care community.

‘What gets measured gets done’ was a statement made in 2007 by Dr Margaret Chan, Director General of WHO. How UHC is measured, monitored and evaluated is one of the core questions. This is both a challenge and opportunity for palliative care. We have the opportunity to advocate for access to palliative care as part of the inclusion of indicators which shows that a population has access to quality health care services. However, the competing priorities, and the strength of the related indicators– maternal and child health, immunisations, NCDs, treatment, HIV, the number of health care workers are all core components of health care that need to be considered. The question remains around whether the palliative care community is able to stand behind evidence-based indicator(s) on the availability and accessibility of palliative care to entire populations including the world’s poorest. Also to identify indicator(s) which have been tested, are applicable in multiple settings and do not place significant burden on countries in terms of data collection.

The UHC discussion provides a number of key opportunities at the global and national level.

The Post 2015 MDGs discussion is ongoing and huge. Members of the WPCA advocacy group agreed that we did not have the resources to expend huge energies on the post 2015 agenda but that we would support UHC and advocate for the inclusion of palliative care within it. Support for UHC is growing from civil society, governments and multi-lateral agencies and we can work in partnership with others civil society groups. As a representative from Save the Children said: ‘It is irresponsible to advocate for particular issues, rather than advocating for particular issues within broader frameworks”. Not only does it make more sense in terms of resources expended, it is better for people who need access to health care –whatever that may be.

World Bank and WHO political leadership

Multi-lateral agencies such as the WHO and the World Bank are behind Universal Health Coverage. We have been concerned for a long time about the lack of support for palliative care by multi-national agencies yet here agencies are advocating and planning for a system which describes palliative care as a need and part of the minimum package of health care services. We need to work with the agencies to maximise this support.
National political leadership

Top officials, including health and finance ministers from 27 countries were represented at the World Bank and WHO meeting this week. More than 30 low and middle income countries, it was reported at the meeting, are developing plans and working towards Universal Health Coverage. According to WHO in the meeting, 70 countries have requested technical assistance from WHO on financing for UHC, and the documentation on UHC has been downloaded 640,000 times. The interest is clearly there. This is a great opportunity to advocate at the national level and to create partnerships with other health-related networks in-country to create a strong voice on health care access, including palliative care.