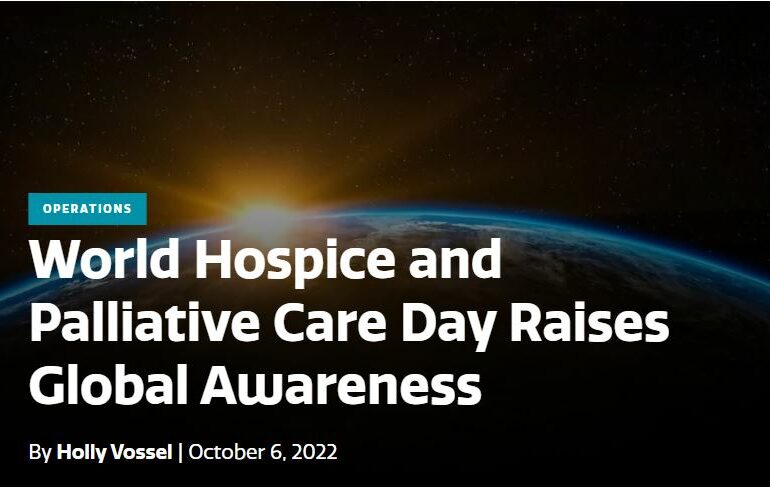 October 8, 2022 | No Comments
Categories: Featured and In The Media.

Globally, the need for hospice and palliative care has been growing faster than people can access them.

This was the impetus behind the World Hospice Palliative Care Alliance (WHPCA), which emerged from an Oct. 8, 2005 meeting of health care leaders in South Korea. During those discussions, it became apparent that a sizable portion of those leaders’ public health concerns involved patients nearing the end of life, according to WHPCA Executive Director Stephen Connor.

“That first gathering was a conclave of leaders in global health policy, such as the United Nations and the World Health Organization, among various other bodies,” Connor told Hospice News. “We met because we recognized the fact that no one was really speaking up about palliative and hospice care in the policy arena. WHPCA was then formed, and one of the first things we did was set a day aside for global recognition, because most of every major issue in health care worldwide centered around what was happening in the last years of life.”