Care A cancer diagnosis, isn’t the end of the world - ehospice

A cancer diagnosis, isn’t the end of the world 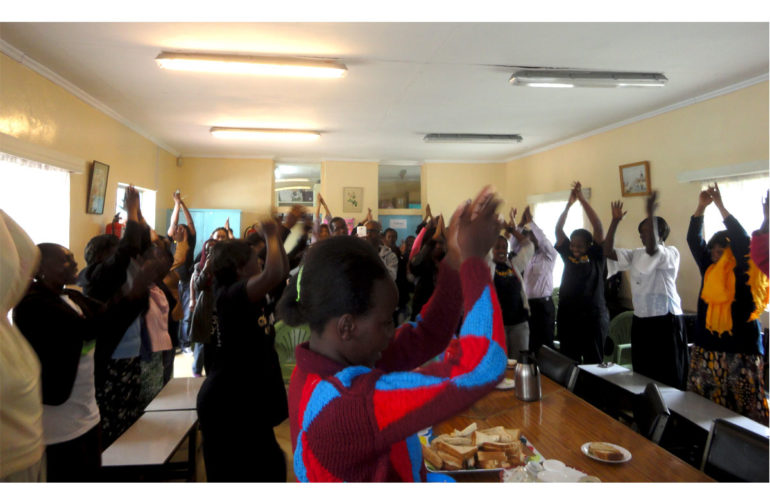 Njoki, who lives with her granddaughter in Korogocho slum of Nairobi, was diagnosed with breast cancer in 2012. She noticed a swelling in her beast in July of that year and sought medical treatment at a City Council clinic in a suburb of Kariobangi. She was referred to a district hospital, Mbagathi Hospital, in another suburb of the Kenyan capital, Nairobi. Here, an x-ray revealed that she had a growth in her breast and Njoki was immediately referred to KNH.

At Kenyatta National Hospital, she was taken into surgery immediately based on her urgent diagnosis from Mbagathi. She underwent a mastectomy to remove her right breast as scans had shown that her cancer had spread too much in that particular breast.

She was discharged soon after and had to make regular visits to Clinic 24, a clinic that specializes in outpatient care for surgical patients. In June 2014, she started her chemotherapy treatment and for six months until November, she was undergoing the said treatment. She is now waiting to start her radiotherapy treatment that is due to start later on this year in August.

Njoki is single and cares for her son’s daughter who is in primary school. She lost her son a few years back and was left as her grandchild’s sole carer as her parents had separated before she lost her father. Njoki and her granddaughter have only each other to rely on as most of their relatives have not been a part of their lives for a long time.

“My relatives were very supportive in the initial stages of my illness and treatment. But as time went by and my expenses increased, it became a bit of a struggle for majority of them to continue supporting my granddaughter and I,” says Njoki.

She adds that, “I do not blame them or hold anything against them because I understand that sometimes sickness can be overwhelming to one’s support system. I thank them from the bottom of my heart for the much they did when they could.”

Njoki was lucky in a sense as by the time she was diagnosed with cancer, she had just retired from her job at the Nairobi City Council. She had access to her retirement benefits which helped her pay for chemotherapy treatment and some of that she still uses to date to cater for the her and her grandchild’s daily needs.

Njoki is a firm supporter of hospice care and the work that palliative care providers do. During her chemotherapy treatment, a friend of hers brought much needed sunshine in her life by way of introducing Njoki to a community health worker in the area where she lives. It is through this health worker that she found out about Nairobi Hospice and the benefits of attending day care.

Njoki receives pain killers from the hospice for a swelling in her hand that started after she finished her chemotherapy treatment. “The painkillers I get from the hospice keep my pain away and ensure that I can go about my daily life as normally as is possible. I used to feel hopeless and lonely but that is no longer the case. I am now part of a large family at the hospice.”

Njoki also received a prosthesis from well wishers during day care and she says it has changed her life. She no longer feels weird or incomplete.

And for cancer patients or anyone who is dealing with a terminal illness, her advice is, “embrace your treatment and try as much as possible to cultivate a positive attitude. It goes a long way in helping you deal with the major issues. And don’t give up, because there are so many people out there willing and ready to assist you in many ways than you can imagine.”