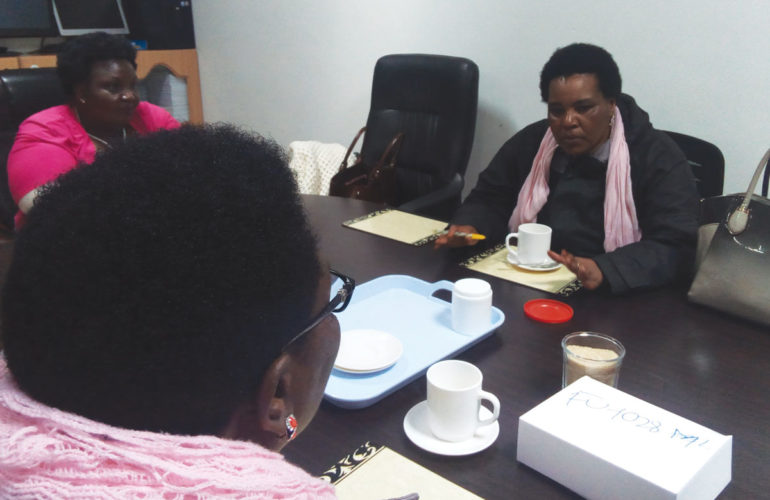 ‘Susan’ together with other women who suffer the same condition ‘breast cancer’ after going through a lot of pain, expressed that their conditions had enabled them to understand so much more about life, their uniqueness and about the people they love.  They can now offer assistance to others making the same journey

KEHPCA is an association that represents hospices and palliative care providers; its aim is to scale up palliative care services to bridge the gap between those who get the services and those in need of it. KEHPCA is in partnership with other organization such as Kenya Network of Cancer Organization (KENCO) and through this they are able to supply breast prosthesis to patients who lost their breasts.

Wanjiku (Not her real name) is one of these strong women. , She discovered that she had a breast lump in 1997. She then went for an x-ray and thereafter a biopsy. , These tests revealed that she had cancer which had spread all down from her breast to the uterus. She went through chemotherapy, radiotherapy and five years of hormonal treatment using Tamoxifen. She later had her breast and uterus removed. Due to the psychological trauma that she was going through at that time, she decided to join breast cancer support groups. , Unfortunately this did not yield positive results to her, based on her expectations, since she could hear stories which were not encouraging; stories of how her fellow colleagues had died. She left the support groups and started discussing her condition with church members and close family friends., She accepted herself, was able to  open up to them. She acknowledged that the support she received was tremendous. To date ‘Wanjiku’ remains to be one of the women who serve as an encouragement to other cancer patients, as she has endured a lot of pain and remained a strong person. She has a strong faith in God, she is careful with her nutritional needs and feeds well and takes care of her body.

‘Wanjiku’s’ testimony is not the only story of hope for breast cancer patients. There are other amazing experiences from these incredible ladies who were in her company.  Ruth (Not her real name) for example, discovered she had lots of lumps on her breast. She did a ductogram test and after a guided biopsy she found out there were no cancer cells but rather lots of lumps which had to be removed.  She sought for a second opinion which revealed a different diagnosis from what she had had at first. There was no evidence of cancer with the second opinion. This made her really celebrate. She informed her family that she did not have cancer. However, this celebration was short lived. A further test was done in a different hospital showed many cancerous cells. The oncologist referred her to India where she underwent total mastectomy (both her breasts were removed surgically). She did not have to go through chemotherapy. She was lucky that the cancer was discovered in early stages. Currently she is on medication and she is doing very well. ‘Ruth’ encourages ladies especially young ladies, to go for periodic checkups so that they know their conditions before it is too late.

According to World Cancer research fund breast cancer risk doubles each decade until menopause, after which the increase slows. However, breast cancer is more common after menopause. Survival rates for breast cancer vary worldwide, but in general rates have improved. This is because when breast cancer is diagnosed at an earlier and localized stage in nations where populations have access to medical care, and progressive improvement in treatment strategies.

It is important for women to follow their intuition. ‘If something feels off, they should pay close attention to that message. Trust yourself, be empowered to seek out information, and don’t be afraid to ask the hard questions. Look at the situation from all angles. Then, base your decision on all the information that you have at that moment’. Says Nancy (Not her real name) one of the breast cancer survivors.