Broken yet holding on 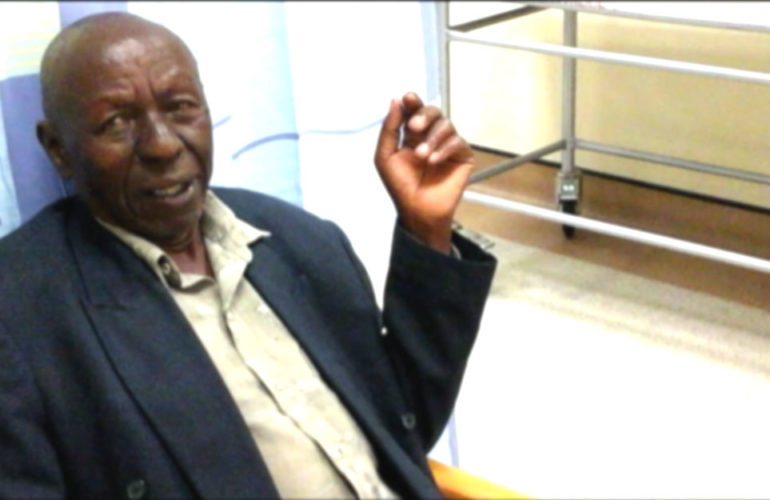 Well, for one Elvis Nduati Ngure, a 65-year old man, his is quite a bitter sweet story of love. He was diagnosed with Sinonasal squamous papilloma cancer (affects the nasal system). Of course he would be hurt by the development his life would suddenly change-for worse. That his wife was diagnosed with cancer as well almost at the same time devastated him the more and tore him apart-literally. At this point, he sacrificed all he had for the treatment of his wife, at the expense of his health. If this is not what sacrificial love is, then maybe we all have lost its meaning.

As is with most cancer cases, his diagnosis was not established at the very beginning when he started feeling sick. It took awhile; visits to the hospital and being given drugs for anything but cancer. Misfortunes can sometimes just pile up on someone without warning; Elvis had so many questions running on his mind back then, “Nilionelea nitibu bibi yangu kwanza na nilimtunza na mali yote nilikua nayo mpaka akaaga mwaka uliopita.N ilikua nauliza kwa nini hii kitu itushike na bibi yangu, lakini Mungu anajua (I decided to use all the resources to try and take care of my wife until she passed on last year. I used to ask myself why such would happen to both of us but God knows best). One year later, he is doing better and stronger than he ever thought he would and he has well-wishers to thank. “I ran out of resources to begin treatment for my condition and this took away any hope of surviving it. However, I received a call Thika Hospice after months of languishing at home. They told me that my treatment would be facilitated by some organisation and I do not think I have ever been happier,” adds Elvis wiping away tears of gratitude.

In spite of his advanced age and poor health condition, he still can walk around alone, laugh and talk comfortably. He says that the challenge that he faces is memory loss and balancing when walking. “But even then I am doing okay; there is no pain at all.” He still has 6 more radiotherapy sessions to go and he appreciates the partners in this initiative who have made it possible for him to access radiotherapy in the shortest possible time.