Disclosure and Poverty still a challenge in palliative care 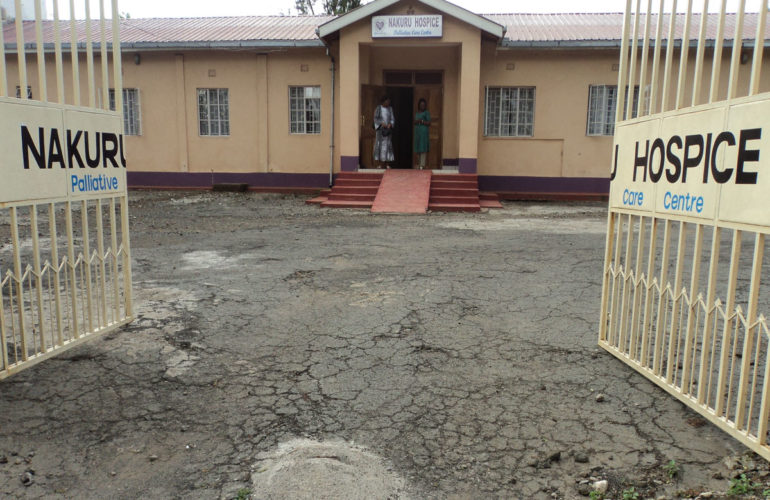 Revealing the life limiting illness affecting a patient remains a major challenge to most doctors and family members.

The most affected group is that of aged patients who only know that they are suffering from old-age disease.

According to Mrs. Afia Waititu, a palliative care nursing officer at Nakuru Hospice, family members who know the exact ailment find it hard to break the bad news to the sick.

“Counseling is the main option to explain the importance of disclosure so that the patient can understand his/her health status.” Mrs. Waititu says.

She adds that withholding such crucial information from the patient leads to lack of understanding why they are taking certain medication.

Palliative care units have the task of pain management is one of the major duties that with and Nakuru Hospice is not exempted.

The Nakuru Hospice founder and CEO Mrs. Elizabeth Ndung’u says they have enough drugs for pain management adding that they examine patients to determine the level of pain before administering drugs.

Mrs. Ndung’u says they depend on donations from various partners among them Kenya Health and Pharmaceutical Society of Kenya to meet the patient requirements.

Patients who are not able to swallow drugs receive an injection, but Mrs. Ndung’u says such cases are rare since it culminates to subjection of the patient to more pain.

Mrs. Waititu, the Nakuru Hospice palliative care nurse, says that the patient is the boss as some can be in pain but they opt not to take certain drugs.

Her counterpart Mrs. Naomi Kenagwa says some patients vomit after taking drugs forcing them to administer an injection appropriately though they never wish to add pain to a patient already in pain.

Though most people believe that morphine is addictive, Mrs. Waititu says they administer it in controlled measures and the main aim is to control the agony of pain the patient is going through.

She adds that majority of the patients come from poor backgrounds or opt for palliative care after exhausting finances in their quest for treatment in major hospitals.

“This is challenging as some of them expect us to help them clear some of their huge hospital bill.” Mrs. Ndung’u says.

She says that most patients opt for palliative care after recommendation for chemotherapy or radiotherapy since they have no financial capability to undertake these processes.

There are patients lying at home who the hospice cannot reach due to lack of fuel to carry out on-visits as most reside in remote areas.

Nakuru Hospice in partnership with Nakuru Provincial General Hospital has provided palliative care services to over 900 patients since its inception in July 2009 and hopes to increase the number once they fully furnish their new premises.

It will become a major palliative care referral unit in the larger Rift Valley province.