Experience of nurses in palliative care 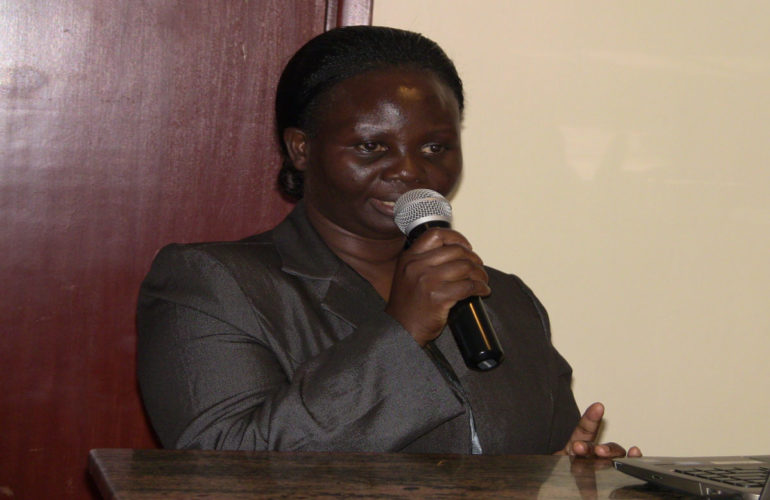 “Fortunately a senior oncologist donated a room in a very old and abandoned building which we renovated but unfortunately, it was later reclaimed.”
This is the pain some care givers in the palliative field have had to endure in an effort to push palliative care in their country.
With a degree in palliative care and two diplomas in palliative care and nursing, Frida Kolya narrates the journey she and her colleagues have had to undergo to set up a palliative care unit in Uganda.
Introduced in Uganda in 1983 by Anne Merriman, palliative care was later integrated in the undergraduate curriculum in 2000.
Hospice Africa Uganda trained four nurses from Mulago hospital, a national referral hospital in Kampala Uganda, and continued to provide palliative care to patients therein on a visiting programme.
After the training, the nurses went back to their former duties without much achievement in palliative care.
Hospice Africa wanted to see fruits of its efforts.
In 2005 Dr Merriman took the top leaders of the hospital for a tour on palliative care in the U.K. to bring them up to speed on how palliative care has developed.
The tour seemed to awaken the spirit of the nurses at Mulago Hospital. As a result, the four nurses met in 2006 and crafted a way forward.
They started palliative care work as hawkers to find patients with palliative care needs and manage them.
In the same year, a palliative care unit was established in Makerere University and Mulago Hospital.
A needs assessment carried in 2010 that showed 40% of patients admitted in Mulago Hospital have palliative care needs.
Despite implementing their knowledge and skills rightly, they faced a challenge from doctors who despite embracing the idea could not accept the fact that they were to consult the nurses.
“A few doctors who witnessed the importance of this venture started contacting us on phone for more patients for fear of being seen consulting a nurse.” Frida Kolya, a nurse at Mulago Hospital says.
Dr Merriman and Hospice Africa Uganda at large continued supporting the effort of the four nurses.
The hospital administration was not left behind as it later authorized the nurses to write in the patient’s files which could be used by doctors in patient assessment.
The nurses were able to initiate a palliative care unit which was later recognized by the ministry of health.
“Most patients whom we found in pain were managed and they were left smiling and appreciating.” Frida says.
The unit is becoming a model and a centre of excellence for clinical, training and research in palliative care.
Through the effort of health stakeholders Morphine availability has improved and operating space is not a big challenge as the reclaimed building was later given back to the group.
Challenges were not were not far from over as patients were referred to the palliative care unit when imminently dying or unconscious.
Some colleagues also thought that the nurses had started a private project and therefore getting a lot of money than them.
Despite the workload facing the carers they were determined to help patients from referred to them with little motivation.
Frida says that any body with palliative care knowledge and skills can initiate a palliative care unit of any model.
Josephine Kabahweza, a senior midwife/clinical palliative care nurse at Mulago Hospital adds that this journey has seen two cohorts trained with a total of 26 nurses.
Targeting leaders at the initial stages is a good approach and has an added advantage as they posses the ability to initiate policies to support the venture.
“Do not wait for a lot in order to start, do not give up if you have interest in what you are doing and support from other members can enable one to succeed.” A message from the Ugandan nurses.