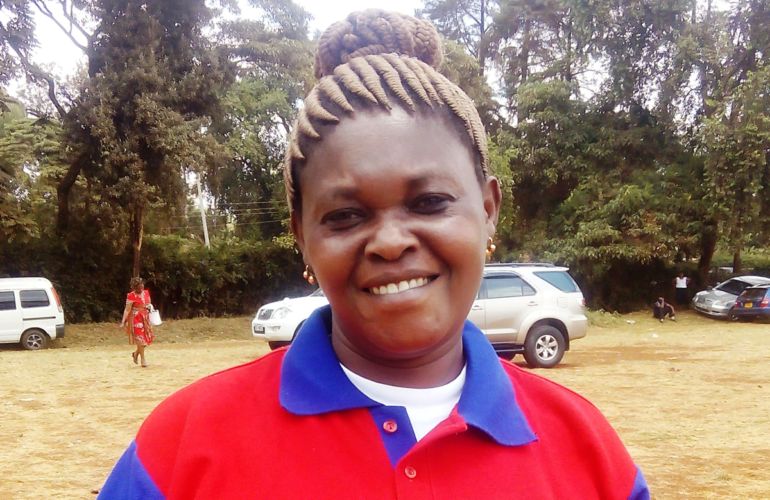 She was diagnosed with HIV in the year 2000, and suffered a lot of stigma and rejection. Work was not an option for her, not because she couldn’t handle it but because everywhere she tried to work they said she would infect their business with HIV. Whispers of her having contracted HIV from her husband or from being a promiscuous wife followed her from each corridor she passed. Despite her being shunned by the society Lydia was still healthy, weighed 96kg’s did not need to take the Anti-Retroviral medicines.

After 12 years of living with HIV, Lydia developed pains in her stomach and went in for a Pap smear test. As luck would have it she got diagnosed with cervical cancer.

During that one month waiting period Lydia or rather “Mama V” (mama virus) according to her peers was stressed to the point her immunity went down as well as her weight and the result was her being put on the ARV’s. How could she have been battling with HIV and now cancer? She had reached her end. Everyone kept discouraging her from undergoing surgery telling her the everyday myths of having to live with an un-healing smelly wound or even worse never come out of the surgery alive.

She turned to her place of refuge and prayed as she called on well wishers to support her operation.  On the night of May the 21st 2014 as she was in her hospital bed waiting to go into surgery the next day, she spent the whole night crying to God, because she knew there was no one else for her apart from Him.

The next morning she was first person to go to the theatre, and rather than being wheeled she opted to walk, a surprise to her doctor. He wondered where her courage was from of which she told him, he can do nothing on his own will cause God has everything under control.

As she was in theatre, a complication occurred just before the surgery began, but after 4 hours she came out of the theatre and it was a success. She is now well and regularly attends clinic for follow up as she takes care of her children.

She is also a member of Kiambu Cancer support group which goes into the community raising awareness about cancer and early detection.

We as the KEHPCA team left the walk inspired and glad to have been in Lydia’s presence. She is a survivor and not just in our eyes but in the eyes of those who understand the gravity of what she has been through.