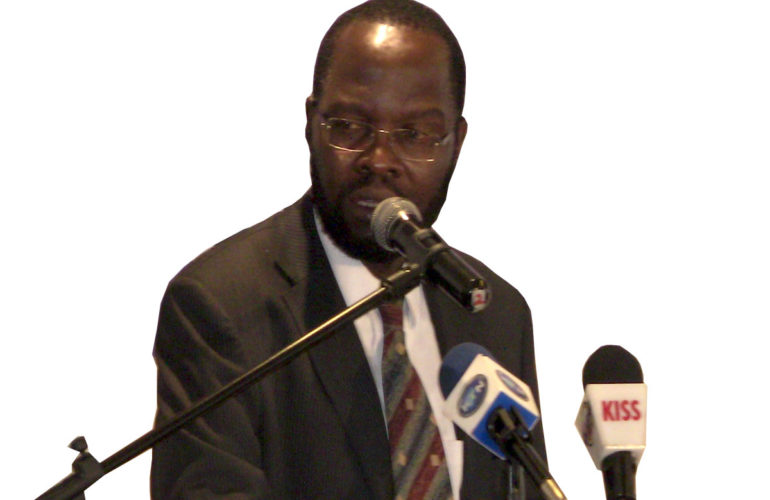 The fight against cancer in Kenya has received a major boost after Kenya secured a KES 517 billion (4.5 billion Euros) grant to build cancer and renal centers.

The amount, almost half the Kenyan budget, was awarded by a French firm Aqua Cartis after approval of a proposal submitted by the Ministry of Medical Services two months ago.

Revealing the good news at Afya House, the Medical Services Minister Professor Anyang’ Nyong’o said that the grant will go a long way in helping the country to fight the increasing cases of cancer, diabetes and renal failure.

“When I read those figures, I did not believe them at first. We thank the Aqua Cartis Group for the generous support in the war against cancer in Kenya.” Professor Nyong’o said.

Professor Nyong’o said that in the past five years, the ministry has been contacting pharmaceutical firms to seek for partnership in fighting cancer and other diseases plus equipping health facilities in the country to fight cancer.

“Cancer is affecting many Kenyans and we hope to play our part in the fight.” The minister said.

“I believe Kenya will now be able to assist not only Kenyans but also open up to the East African region after fully establishing and equipping the centers, now that funds are available.” Warui said.

He said that the group has been funding many projects in Africa and this is the first major project it is funding in Kenya.

Warui called on the Kenyan government to be accountable for every expenditure from the grant in order to guarantee future grants.

The medical services minister said they are working on modalities of having the funds transferred to treasury before specific timelines for construction of t he centers could be issued.