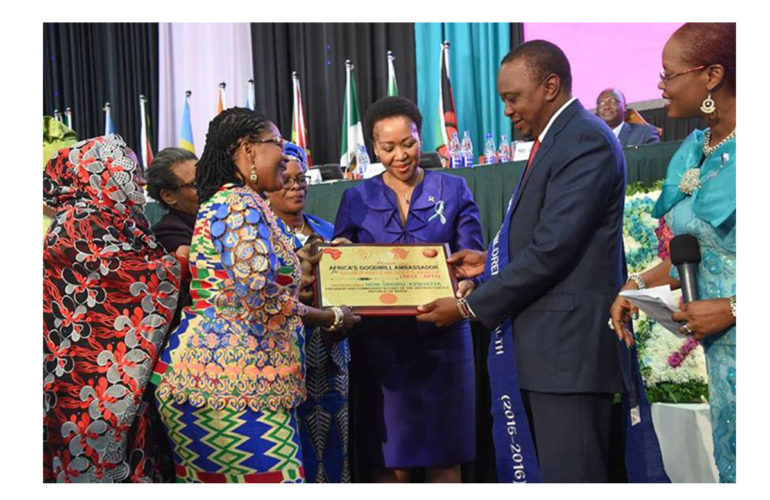 “Public-private partnerships in the treatment and management of cancer are necessary to cushion patients from the exorbitant costs,” President Kenyatta said.

He said that in the spirit of African brotherhood the services at the centres will be open to the people of the region and the continent. With the cancer burden in developing countries now accounting for about 70% of all cancer deaths, the President said the disease had become a public health issue that could no longer be ignored. He called for greater commitment to cancer prevention strategies, saying few countries could meet the staggering costs of cancer research and treatment.

“More importantly, we should focus on stopping people from dying unnecessarily. The key to saving lives is prevention and early diagnosis,” he said.

The Head of State emphasized the need for communities to be better informed about cancer and the benefits of lifestyle changes.

He said: “If people gave up smoking, ate healthy food, drank less alcohol, and exercised regularly, we could prevent over 40 percent of cancers.”

The President also stressed the need for people to be vaccinated against hepatitis and Human Papilloma Virus (HPV), which cause infections that contribute disproportionately to the number of cancer incidences in Africa.

He said government should also work with the media to dispel myths and misconceptions about cancer, as well as to raise public awareness of the importance of screening and early detection, to increase the prospects of successful treatment.

“There is growing evidence that about 40% of all cancer deaths can be prevented if diagnosed early. Indeed, a vast majority of patients survive the disease because of early diagnosis and available advanced treatment methods,” he said.

Chairman of the Council of Governors, Peter Munya, who is also Governor of Meru County,commended First Lady Margaret Kenyatta for promoting the health of women and children in the country.