Millions of older people miss out on end of life care 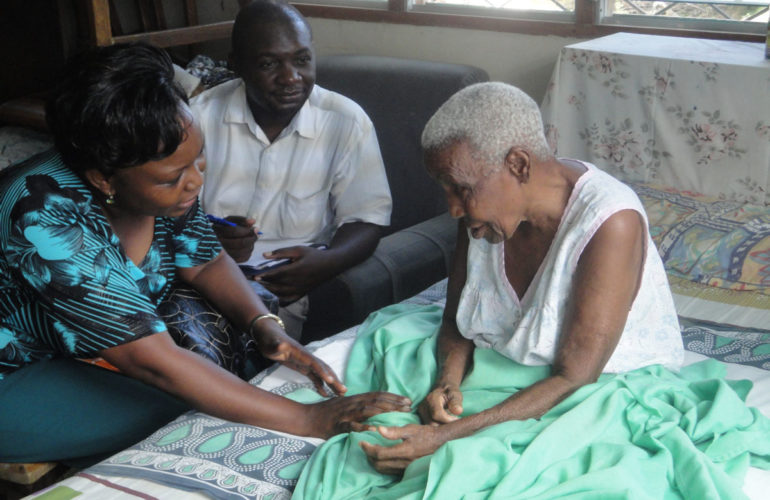 Older people at the end of life are missing out on vital care and support because of a lack of access to palliative care services.

New estimates from the World Health Organization (WHO), released today ahead of World Hospice and Palliative Care Day, show that around 24 million adults require palliative care at the end of life each year. 66% of these are over 60 years old.

Despite this growing need, 42% of countries still have no identified hospice and palliative care service, while 80% of people globally lack adequate access to medication for treatment of moderate to severe pain. This means millions of older people, especially in the developing world, are living and dying in unnecessary pain and distress.

This World Hospice and Palliative Care Day, the Worldwide Palliative Care Alliance (WPCA) is warning that an urgent response is needed to improve palliative care for older people and meet the growing needs of the world’s ageing populations.

To ensure all older people with life-limiting conditions are cared for with dignity and according to their wishes, the WPCA is today calling for palliative care to be integrated into national and community health systems around the world.

Dr John Beard, Director of the Department of Ageing and Life Course at WHO, said:

“The main focus of health services is generally on preventing, curing or managing disease. But one of the things that is often neglected is providing quality care at the end of life. Millions of people today die in needless suffering simply because they are denied access to appropriate pain relief and social support. This care is not expensive, and everyone has a right to it.”

There is often a misconception that palliative care is primarily for people with cancer. This is not true.

The latest estimates from WHO show that older people with a range of conditions require palliative care and that in many disease groups the over 60s are the largest group in need.

Globally, those in need of palliative care dying from Alzheimer and other dementias, Parkinson disease, chronic obstructive pulmonary diseases, cardiovascular diseases, diabetes, rheumatoid arthritis, nephritis and nephrosis and cancer are predominantly in the over 60s age group.

David Praill, co-chair of the WPCA and chief executive of UK charity Help the Hospices, said:
“World Hospice and Palliative Care Day is a day of celebration for the progress that has been made in reducing pain and suffering. But it is also a day to shine a light on neglected or marginalised groups that are unable to get the care that they require.

“It is totally unacceptable that older people, wherever they are based, are unable to access the care that they need to live and die with dignity and respect. With the rising incidence of non-communicable diseases and the ageing of the HIV pandemic, it is even more pressing that urgent action is taken.”

To mark this unified day of action, advocates, patients and carers are together calling for urgent action from UN agencies, governments, the private sector and civil society to improve access to palliative care for older people with life-limiting conditions by integrating palliative care into existing services.

This World Hospice and Palliative Care Day 2012 thousands of people in around 60 countries are coming together at more than 1,000 events to celebrate, support and speak up about hospice and palliative care.