Palliative care for children with cerebral palsy in India 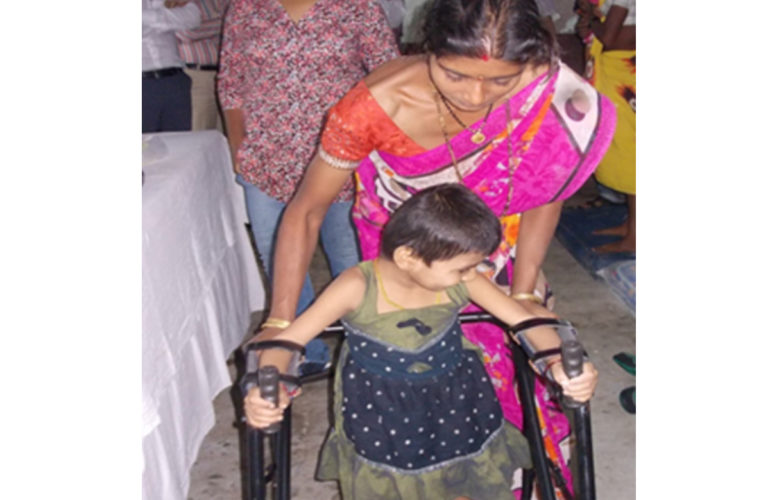 The theme for this year’s World Hospice and Palliative Care Day is Hidden Lives, Hidden Patients. Millions of children in India would benefit from palliative care but fewer than 1% of this very vulnerable population receive it.

The main aim was to create a child friendly environment where children are not threatened with the illness that they face; especially where poverty, illiteracy, superstitious beliefs, gender differences and social stigmatisation may be an integral part of their every-day life. It aimed to set up three model sites providing Children’s Palliative Care in Maharashtra, and during the development of the site at Jawhar, we identified around 100 children with cerebral palsy (CP). In some families there was more than one child suffering with the same condition.

Palliative care provision for the children with CP has included physiotherapy, the use of communication devices, bracing, speech therapy, medication to relieve painful muscles, and counselling. Some of the lessons learnt in the provision of palliative care for children with CP include the need for a multidisciplinary team, with a physiotherapist, occupational therapist and speech therapists being core members of the team. The need for support groups to empower carers and networking with the government to provide essential services.

The need for palliative care for the large number of children in India with CP is great and steps are being made to extend such service provision to other parts of the country.

World Hospice and Palliative Care Day falls on Saturday 10 October 2015. Find out more and how you can participate at www.thewhpca.org/world-hospice-and-palliative-care-day