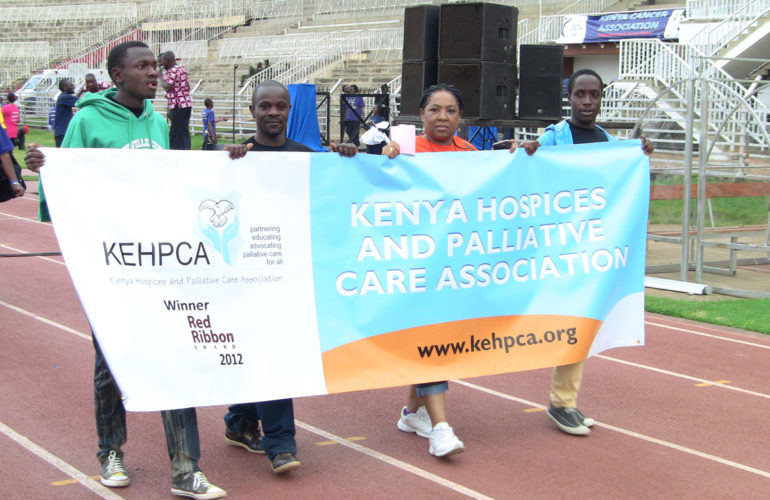 The Ministry of Health has indicated inclusion of palliative care in the 2014-2015 government budget presented in parliament earlier June 2014.

Speaking at the official opening of the Relay for Life event at Nyayo Stadium on Saturday, the Health Cabinet Secretary Mr. James Macharia said that it was time for the Ministry to act as one that cares and appreciate the vital role played by the private sector in the fight against cancer.

“Dr Zipporah Ali is passionate to ensure that we have palliative care in the country and it is time we had a budget for this service,” said Mr. Macharia referring to the Executive Director of Kenya Hospices and Palliative Care Association (KEHPCA).

He however did not mention the amount set aside in the Ministry budget and how the funds are going to be channeled to the facilities.

For the Relay for Life event, the Cabinet Secretary said it resonates well with his Ministry’s agenda of ensuring all Kenyans attain the highest attainable health standards across the country.

“You are collaborating with a minister who understands cancer. We sent my own brother to India for a specialized operation and I understand the cost that comes with non-availability of such treatment in Kenya,” he said.

Mr. Macharia added that cancer requires each and every one of us as the government itself cannot fight it alone.

He said that the Ministry of Health has continued to promote and encourage community participation with previous strategies remaining key in the fight against cancer.

“Let us reach out to the community with a message of prevention is better than cure and encourage them to eat healthy foods, do physical exercises and avoid tobacco products. Each of us has a choice to maintain the status quo or do something about the cancer situation in the country,” said Mr. Macharia.

He said that in its effort to increase cancer treatment centers in the country, Kisii Level five Hospital is going to be elevated to Level Six stature with the Kisii County Assembly having passed a law in readiness for this transition.

The cabinet secretary said that his Ministry is working with cancer champions to fight cancer through public-private partnerships.

The 24 hour Relay for Life event sought to raise 300 million shillings for treatment of at least 20 adults and 10 pediatrics cancer patients from each of the 47 counties organized by Kenya Cancer Association alongside its partners.