Care Palliative care is...accepting that “death is a part of life” - ehospice

Palliative care is…accepting that “death is a part of life” 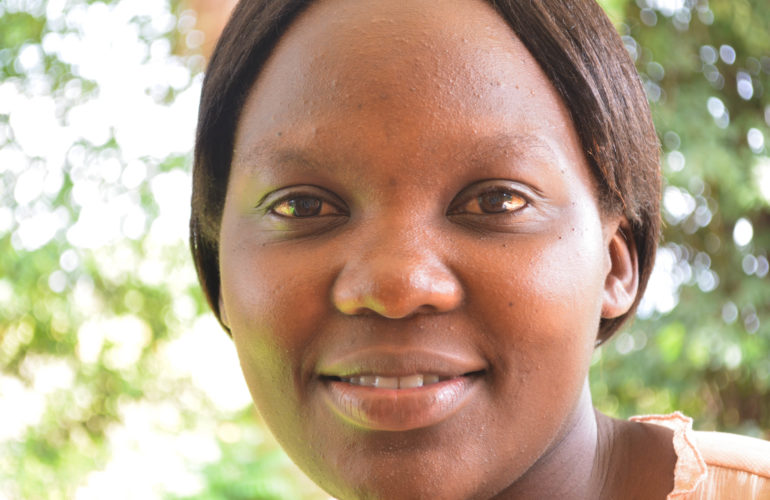 “When you find life, you also find death because death is a part of life.”

The question she had been asked was simply, what does palliative care mean to you? When asked to elaborate Mackuline once again exhibits a thoughtful nature and an articulate manner.

“Palliative care means that you have to live life well no matter what circumstances you find yourself in. If you have a life-limiting illness, you have to find the best way to live with that because you only have one life. And when death comes, all we can do is deal with it the best we can.”

Mackuline Atieno is a Kenyan palliative care nurse who is currently studying for a Masters in Medical Anthropology, working for the African Palliative Care Association (APCA) whilst also still finding time to be a full-time mother.

Mackuline grew up a long way from Kampala in Iten, a small Kenyan town high in the hills.

When Mackuline was growing up the village was “quite rural” with few health care facilities. Mackuline explains, “We had just one district hospital that provided basic care. When I was growing up I had not come into interaction with palliative care.”

From an early age Mackuline experienced death but at the same time, as with many cultures, she was also encouraged not engage with the subject.

“I stayed with a relative who had HIV/AIDS but I know that [residents of Iten including the Keiyo and Nandi Tribes] have a real fear of the dead. It is a real challenge about how to deal with death, how to talk about it. There is a story [in Iten] that says when people were close to death they would take them to the forest with a long rope and pull on the rope. If the person did not pull back they knew they were dead.”

As a young professional Mackuline left Item to study nursing at the University of Moi in the neighbouring town of Eldoret. Here Mackuline had her first experiences of interacting with death in a professional setting.

“I was in a Labour ward where the mother died on the table. I remember coming out of the Labour ward and the relative was looking at me intently and I just shook my head. Looking back, this is such a bad way to send a message. I was not able to do justice to this patient because of my fear of how to handle such a situation.”

Since training and working in palliative care, Mackuline has become much more used to talking about, and supporting others, in issues around death and how to deal with difficult situations. Looking back on these early experiences Mackuline commented that, “You do not even need to speak sometimes, palliative care is in the attitude with which you approach someone. That can be good enough. If nothing else, I can be with a patient.”

It was also however during these early nursing years that Mackuline started to develop specialist interests that she would take with her into her palliative care career.

“It was in this time that I became interested in paediatrics. I really felt like I needed to give myself to help children, especially children’s palliative care because that is something few people are comfortable with talking about.”

This interest has continued throughout her career. Just last week Mackuline was featured on Ugandan national television talking about the new UNICEF/ICPCN report on child access to palliative care in sub-Saharan Africa.

Mackuline now works for APCA where she is responsible for supporting Kenya, Gambia, Rwanda and Zambia in implementing and integrating palliative care programs. However, Mackuline continues to work with a passion for learning. Now studying for a Masters in Medical Anthropology, Mackuline insists that only by understanding individuals within their cultural heritage can you truly hope to offer effective palliative care.

Part of this Mackuline says is, “to breakdown the paternalistic nurse/patient relationship and start to learn from the patient. Once you understand and are interested in where they have come from you can start to do better palliative care.”

When asked what palliative care has taught her Mackuline once again looks back to her early days as a nurse before responding:

“From my first experiences I felt helpless, as soon as I did my first placement in Hospice Africa Uganda though I stopped feeling so helpless. In palliative care you can support someone who is dying. You see a situation where there is no stigma, where people who are dying are smiling. Palliative care has also taught me never to give up.”

As well as supporting her patients Mackuline has adopted a ‘palliative care ethos’ in her own life. Just before rushing back to work Mackuline commented: “There is always someone who is in a worse situation than you who is enjoying their life. I think I have to live my life well. When death comes, we just make the transition as comfortable as possible. Until then we can just live in the reality we have been given.”

*This article was first published in the Africa edition of ehospice by steve.hynd@africanpalliativecare.org