Put your Armour on!!! 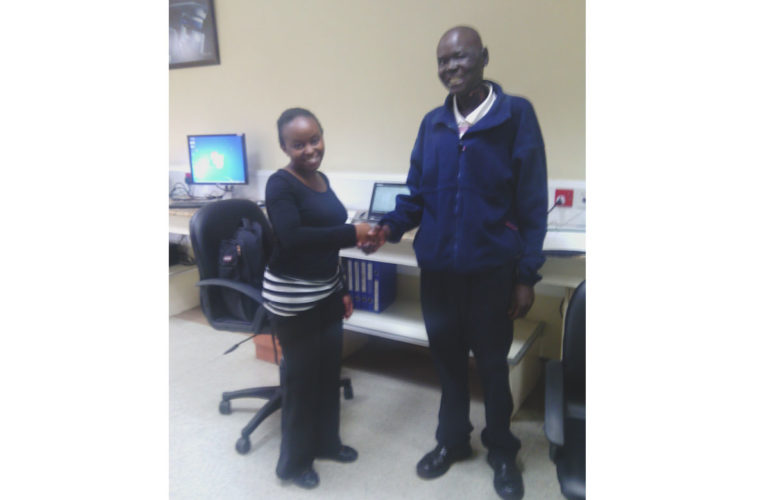 Battles have evolved over time and most of them are hardly predictable and that is the unfortunate part. Such battles include the menace of cancer that has swept across humanity in an alarming and disastrous way.  It does not choose its victim or when to strike and little has been done so far to curb its impact leave alone its insurgence. What remains therefore is how the victims can best be cared for to continue a fulfilling life even with the condition; and it is possible, it only takes will and togetherness just like every other life battle that we encounter each day.

Martin Amtala Kiberenge is a middle-aged man who knows just what it means to be a victim of such a battle with little or no armor at all to counter it. “I have been living with cancer of the salivary gland for the past 10 years, since 2006, and the journey has not been an easy one,” he says. He says that it started as though it was tonsils and he reported it at Bungoma District Hospital but they could not diagnose him of any disease and therefore referred him to Moi Teaching and Referral Hospital, Eldoret for one year but they could not find what the problem was. He was referred to Kenyatta National Hospital 2013. After a couple of tests, he still was not diagnosed for anything. “I was then referred to Nairobi Dental Hospital, they did a Biopsy and diagnosed me with salivary gland cancer and it was at a low threat and they sent back to KNH for Radiotherapy. I went through the 1st, 2nd and 3rd Chemo after which I ran out of money to continue the process and that is when my world came crumbling down. That was in April 2014,” he adds. After learning of his case, American Cancer Society (ACS) through KEHPCA came to the rescue and facilitated the treatment for his Radiotherapy. “I am now continuing with the treatment at Nairobi Hospital and I am so grateful to ACS and KEHPCA for the support they have offered me. I urge them to continue the good work and reach out even more to others who are suffering and have no help,” the father of two adds. He also appreciates the good management and hospitality that the hospital has.

Such are the battles that many people are fighting each day. Most of the victims have become weary, some have lost it and some are already losing and the question we need to ask ourselves is, how prepared are we to face this life-threatening challenge? It is time we came together; whether fighting it, fighting by or fighting along…it does not matter, as long as we are fighting.