Steps in the war against cancer on World Cancer Day 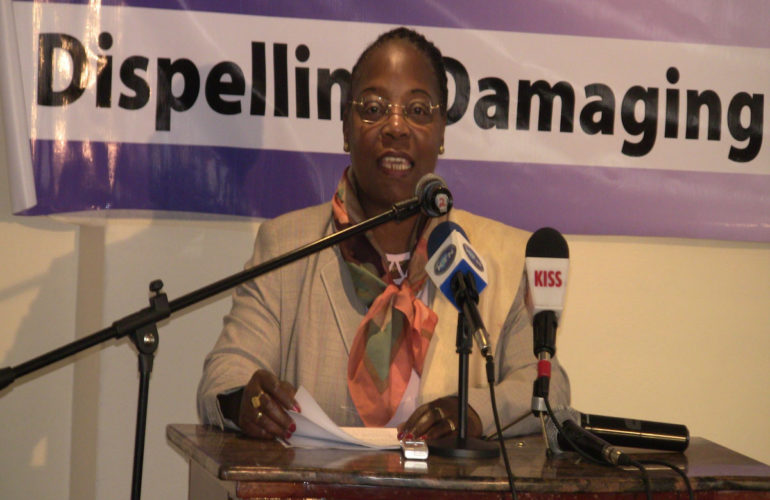 Cancer is emerging to be the biggest public health challenge faced today in Kenya as it contributes to 7% of total mortality every year.

Annually, an estimate of over 28,500 new cases of cancer are diagnosed while 22,100 people die of the disease each year.

Over 60% of those affected are below the age of 70 years and it is sad to note that over 70% of the cancer cases are diagnosed at advanced states.

In a speech read on her behalf during the commemoration to the World Cancer Day in Nairobi, the Minister for Public Health and Sanitation Beth Mugo said the ministry has made significant strides in the reduction of the cancer burden.

“The ministry launched the National Cancer Control Strategy 2011 – 2016 in August 2011 and to date, the strategy has encouraged the public in general to adopt healthier lifestyles as well as building strong cancer prevention and control capacities both in public and private sectors through investment in cancer awareness, human resource, equipment, surveillance and research.”

The minister said that towards the end of last year, the ministry launched a national campaign for prevention and screening of reproductive tract cancers and procured 210 cryotherapy machines that have so far strengthened the screening efforts for cancer of the cervix.

“It is worth noting that the enactment and operationalization of the Cancer Prevention and Control Act 2012 that will legislatively provide guidance in comprehensive delivery of cancer management in the country.” She said in her speech.

Among the issues addressed in the act include promotion of public awareness about the causes, consequences and means of prevention and control of cancer, positively address and seek to eradicate conditions that cause and aggravate the spread to cancer and also promoter access to quality and affordable diagnostic and treatment services for persons with cancer.

The ministry of public health and sanitation has continuously collaborated with its medical services counterpart in areas of cancer diagnosis and screening as well as in the ongoing development of cancer treatment guidelines.

“World Cancer Day is a chance to raise our collective voices in the spirit of improving general knowledge around cancer and dispelling myths and misconceptions about the disease.” She said.

Addressing a breakfast media briefing, the World Health Organization country representative Dr Custodia Mandlhate said the theme of this year “Dispelling damaging Myths and misconceptions about cancer” is meant to draw attention to the need to improve awareness and the knowledge about cancer as well as its risk factors.

She said that an estimate 12.4% of African Region’s 804 million inhabitants would develop cancer before the age of 75 adding that if action is taken now, 100,000 lives could be saved by 2020.

Dr Mandlhate said that about 40% of all cancer deaths can be prevented if they are diagnosed early adding that a significant proportion of cancer can be cured by surgery, radiotherapy or chemotherapy.

“I am pleased to note that Kenya has for a number of years now concentrated a lot of efforts towards building the capacity of health care providers and health facilities while promoting integrated approaches in the detection and management of cancers. The recognition of cancer as a priority in the National Reproductive Health Policy (2007), National Reproductive Health Strategy 2009 – 2015 and development of national curricula, guidelines and training packages attest to this.” She said.

She added that the successful launch of the screening programme for reproductive organ cancers last year shows that Kenya believes in early detection as a strategy to reduce the burden of cancer in the country.

Medical Services Minister Professor Anyang’ Nyong’o said the role of policy makers is to enable people understand that cancer patients can lead quality life and those without it understand how to prevent it.

“It is the right of every Kenyan to have quality health and this gives the government an enormous task to ensure all health care requirements are met.” Professor Nyong’o said.

He said that the enormous cost involved should not be an excuse as so is the cost of having an army adding that we will be doing a lot of harm to ourselves as a country in citizens are ailing and they are told the cost is enormous.

The Head of Non Communicable Diseases in the Ministry of Public Health and Sanitation, Dr. Patrick Waihenya said there is need to enhance palliative care and pain relief in all health care centers.

Palliative care comes in strongly as a major stakeholder in the cancer realm and this area has been enhanced to reach more patients in need of palliative care services.

Kenya Hospices and Palliative Care Association Executive Director Dr Zipporah Ali said there in need to speak about the role of palliative care in cancer patients.

“Most people think that palliative care is only meant for dying patients but hospices and palliative care units have the mandate of taking care of cancer patients in pain management among other areas.” She said.

Dr Ali said KEHPCA is working around the cloak to dispel myths surrounding the use of morphine in pain management adding that the mandate of palliative care is to support the patient through the illness.

Tobacco came under strong criticism from most stakeholders blaming it for causing up to 50% of cancers.

They asked the government to watch the ongoing campaigns carefully as some legislatures might be sponsored by the tobacco industry so that they can amend the tobacco control act to suit them.

The Director of African Cancer Foundation Mrs. Dorothy Nyong’o said the media has a big role to play in dispelling the myths surrounding cancer by carrying regular stories in their various platforms.

She said there should be plans to have the celebrations include other counties other than Nairobi adding that early preparation ought to be put in place to avoid short notices considering the fact that this day falls early in the year.