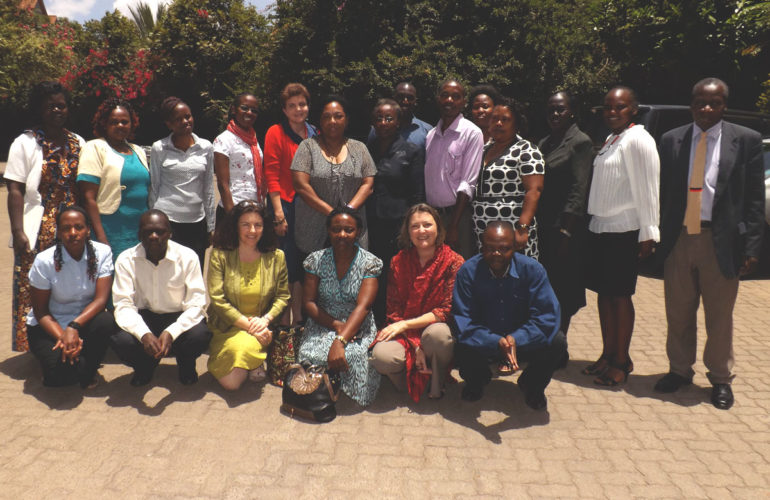 Palliative care is an approach that improves the quality of patients facing problems associated with life-threatening illnesses, through the prevention and relief of suffering by means of early identification and treatment of pain. Its goal is to relieve suffering and improve quality of life for patients with advanced illnesses and to help their families. Palliative care is offered in conjunction with other medical care such as physical, emotional, spiritual and practical needs of patients and their loved ones.

In 2012, Kenya Hospices and Palliative Care Association (KEHPCA), was engaged for a three-year period by Tropical Health and Education Trust, the University of Edinburgh through the African Palliative Care Association (APCA) to strengthen and integrate palliative care into national health systems through a public health primary care approach to contribute towards meeting the targets of millennium development goal 6 that seeks to combat HIV/AIDS, Malaria and other diseases.  The program was to be run in three hospitals; one district hospital, one provincial/regional hospital and one teaching hospital Homa Bay District Hospital, Nyeri Provincial General Hospital and Moi Teaching and Referral Hospital were the three that were picked.

Statistics such as the ones that show that in 2011 29 million people died from diseases that require palliative care and that 20 million more needed end of life care including 1.2million children underscore the importance of the above-mentioned project. While addressing a meeting bringing together stakeholders from KEHPCA, APCA and THET, KEHPCA Programs Director Dr. Asaph Kinyanjui noted that, “78% of people who needed palliative care were from low to middle income countries where Kenya’s economy falls under. Statistics also show that only 15%, accounting for only 3 million, of those people who needed end of life care worldwide received it.”

Since the inception of the project in the three hospitals, there has been increased awareness of palliative care through advocacy and capacity building. Resource development has also been a major achievement in that there are now numerous palliative care manuals, clear guidelines for management and creation of patient rights charters. Even more impressive is that there is now a higher diploma course in palliative care on offer at Nairobi Hospice and the Kenya Medical Training College and the idea of a degree course being offered at local universities has also been mooted.

Susan Kipsang, a Medical Social Worker at the Palliative Care Program within the Division of Hemato-Oncology at Moi Teaching and Referral Hospital in Eldoret observed that since the inception of the project, there had been a marked increase in the number of patients accessing palliative care services, increased morphine consumption and a change of attitude among patients and health workers in general.

Dissemination of the work that these three hospitals have been doing, their achievements and challenges they face has been through various forms of communication. Across board, it was through word of mouth with the exception of Nyeri PGH. The latter has had success getting its message across on a local radio station Rware FM which has spread word of their work beyond their county borders. Nyeri PGH has since diversified its efforts to work with Meru and Laikipia hospices; and also received patients from as far as Isiolo and Marsabit counties.

As the project nears its end, the success of more patients receiving palliative care is the biggest reason for the various stakeholders to pat themselves on the back. Professor Julia Downing, a member of the Palliative Care Country Team in Uganda and Honorary Professor at Makerere University, said “the partnerships that we have made over the past three years will continue past this project largely due to the fact that we have made huge strides in integrating palliative care in Kenya’s public health system.”