Care Supporting a patient to the last day, a story from Chogoria PCU - ehospice

Supporting a patient to the last day, a story from Chogoria PCU 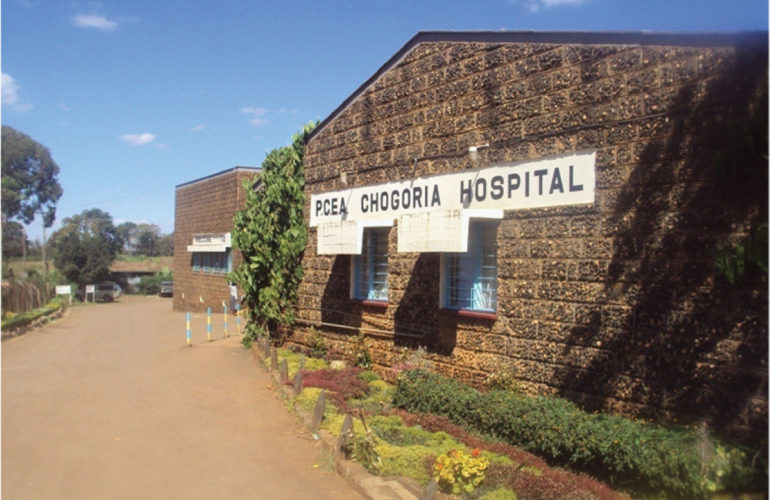 Palliative care has not once nor twice, but many times proved beneficial to patients with life threatening illnesses even when it starts at late stages of an illness until their last day.

Joy (not her real name) died at the age of 87 years towards the end of March 2014 and her story elaborates the care palliative care providers are willing to offer even amid scarcity of resources.

She remains the late mother of six children; five ladies and one son. Her home is approximately 20 kilometers away from Presbyterian Church of East Africa (PCEA) Chogoria Hospital.

The daughters have since been married and she was mostly staying alone at home. Her age had advanced such that she could not take care of herself without assistance.

Her husband died many years ago and the only available carer to look after her was her son who unfortunately drinks and unfortunately lost his wife to cancer of the cervix.

Joy developed a lump on her right breast in 2010. The swelling was not painful initially but with time, she started experiencing some pain. She went to several hospitals and later a biopsy was taken that revealed her ailment; cancer of the breast.

She sought for cure in various health institutions but no interventions could heal her. By this time she had developed a big wound which was oozing pus and blood profusely. The wound was progressively becoming large and had started having a foul smell and maggots.

After exhausting all her resources, she decided to stay at home since she had nobody to turn to, including his children who could also no longer afford to take her to hospital.

One day the Chogoria Palliative Care Unit (PCU) team was visiting one of their clients near her home and received work of Joy’s condition. The team paid her a visit the same day.

They found the patient very desperate with no one to support her. The team assessed the client and after referring to her documents, they found out that she had cancer of the breast, confirmed by biopsy results.

Initially the team visited her frequently to closely monitor her care and ensure the dressing was done in the right way as well as to ensure that she takes the drugs as per prescripts.

The palliative care team supplied dressing materials and drugs after every two weeks but this reduced significantly with time as the unit could not afford to buy more when the dosage was exhausted. Her comfort was entirely dependent on the project (Chogoria PCU).

The only son, who stays with her leant how to dress her wound and administer drugs correctly. The main challenge was that the son is alcoholic and the home care for Joy was not at its best.

All of them used to be supplied free of charge from the palliative care unit but as finances became a challenge, the client was required to meet half the cost of the mentioned materials which she could not due to the high level of poverty. Sometimes, the client suffered because of lack of transport to pick supplies from the unit. Her relieve was left to the home visits that became less frequent due to the unit’s financial constrains as the project (PCU) is yet to secure more donor support.

Up until her departure, Joy had grown very weak. Her lower limbs were weak to an extent that she could not stand on her own. She also had incontinence of stool and urine. Unfortunately the unit was not able to provide diapers and mattress covered with mackintosh due to the earlier indicated financial constrains but the unit tried the best it could to offer comfort with available materials.

As this story goes to press, the funeral arrangements are in progress to give her a decent send off.

From Joy’s case, the team from the unit says there are lessons to learn.

The Chogoria Palliative Care Unit team says that people with life limiting illnesses need support and love as the service is so crucial despite being costly and says that the relatives have appreciated the comfort the team gave to Joy from the time they heard of her situation until her recent departure.