Targeting The Improvement Of End of Life Nursing Care In Kenya 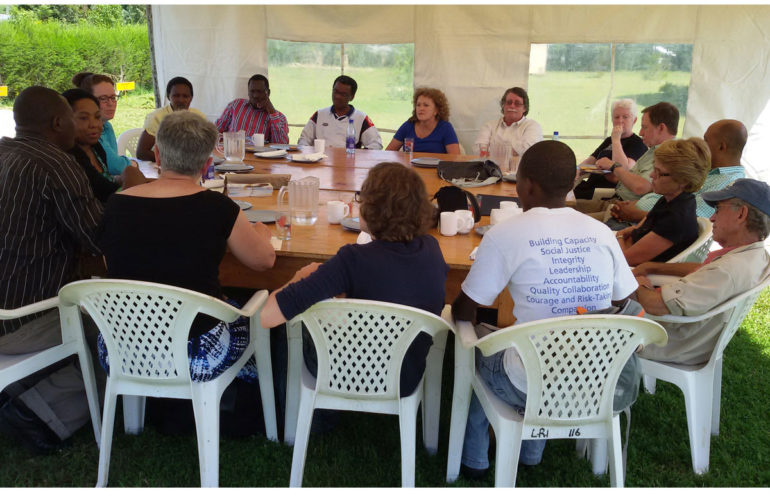 This is the major task of the End of Life Nursing education Consortium (ELNEC) based in Washington D.C. in the United States and working in 5 countries across the world. Recently a team from ELNEC led by Pam Malloy, a nurse by profession; an oncology nurse and palliative and hospice care educator over the past 14 years was at Kimbilio Hospice in Eldoret County to carry out training of hospice workers. They had in tow a team from various hospitals and universities in the U.S. and two teams from Swaziland and Ethiopia. The latter two had come to learn from the team at Kimbilio and see what they could borrow for implementation in their own countries.

Pam Malloy, who is the director and co-investigator at ELNEC, says the project has reached well over 21,000 people since its inception in the year 2000. “ Our organization promotes graduate nursing education. We make sure nurses are training in such a way that they can proactively contribute to the care of a nation,” she says.

The ELNEC came to Kimbilio as they had previously interacted with the co-founder Juli Boit when she undertook one of their courses in the U.S. in 2011. “People like Juli take the course and the curriculum helps them implement best standard practices at their hospices,” added Mrs. Malloy. She continues to says that Mrs. Boit is in an exclusive list of individuals who have stood out for the ELNEC team based on how they ensured that staff at their hospices are educated in compassionate care. Others include:-

Romania particularly stood out for special mention by Mrs. Malloy because so good has been the input of its staff that it is now a centre of excellence in leadership in Eastern Europe. The ELNEC team is hoping to replicate the same at Kimbilio Hospice with an aim of it becoming a centre of excellence.

“We are targeting to have more talks with Juli and KEHPCA Executive Director Dr. Zipporah Ali to see how we cab best implement this to improve care throughout Kenya. People can only improve or change practice if they are educated and that is our main target,” says Mrs. Malloy.

“People can’t practice what they don’t know. Care won’t improve until people are educated. We have to be committed to caring for patients physically and also emotionally, socially and spiritually,” she adds.

The ELNEC team hopes to implement the same training practices used successfully in the US at Kimbilio. Mrs. Malloy says that in the US, nurses have taken the training and gone back to educate the workforce, and this can be done in Kenya gradually. She also says that it is possible to develop practices and procedures in the workplace that encourage nurses to advocate for the improvement of care.