Tell the tale of an inspiration-Dr Zipporah Ali 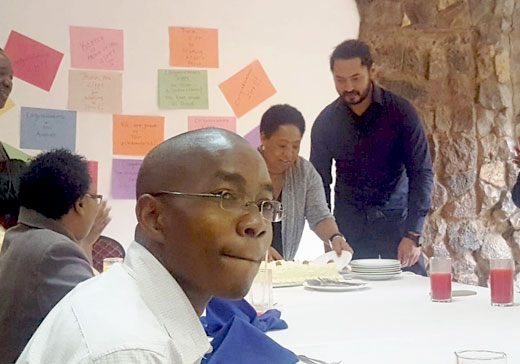 Success does not just come by accident; an individual’s desire to excel or to make a positive difference in the society is what builds a nation.  Dr.  Zipporah Ali has done a commendable job in promoting and advocating for palliative care in Kenya since 2002.

She started her medical career in Turkey back in the 80s and later in 1993. She began her career in palliative care while doing her masters at the University of Nairobi and at the same time volunteering at the Nairobi hospice. Before joining the Nairobi hospice, she had lost her brother to cancer and she says had she known about palliative care before, she would have given her brother a proper end of life care.

While working at the Nairobi hospice, she met patients who suffered from chronic illnesses and saw how their caregivers faced challenges when attending to them, she felt an urge to become a better a doctor and to affect other healthcare providers to become better caregivers.

Fortunately, she got an opportunity to work part time at Kenya Hospice and Palliative Care Association in 2006, which at that time had not started functioning fully due to lack of sufficient funds. In 2007 she secured funding for the national association to start up a secretariat. More staff members were employed and the association became fully operational under her leadership. There were only 14 sites providing palliative care then but through the initiatives of the national association, the number has grown to over 65 currently.

“Dr Zippy Ali has been actively involved in the advocacy for palliative care in Kenya for the last 15 years. As the Executive director of Kenya Hospice and Palliative Care Association (KEHPCA) she has been emphatic, leading the fight for recognition of palliative care in the country.”

Still working for KEHPCA to date as the executive director, her passion in palliative care has not faded away; she has a bigger dream of seeing palliative care services expand in Africa and beyond.

Recently Doctor Zippy was awarded with a doctorate degree at the University of Dundee- Scotland in June 20th 2018.  This came after previously receiving another award by the Women4Africa international humanitarian award in London in May 20th 2018, among others.  She was heartily celebrated by the KEHPCA board members, staff and her family members. The celebration went down at Gracia gardens in Lavington just immediately when she arrived.

Doctor Zippy has been an inspiration to many people and despite her achievements, she is still humble.  She believes the awards she receives are not for her but for all the patients who are out there struggling with life threatening illnesses, who endure much pain and suffering and for healthcare workers who work selflessly to ensure access to palliative care; including pain relief and symptoms management. She applauds KEHPCA board for providing good governance of the association and staff members for their dedication, partners and donors who have continually supported palliative care initiatives to ensure patients have better quality life.