Community Engagement The voice of the warriors - ehospice

The voice of the warriors 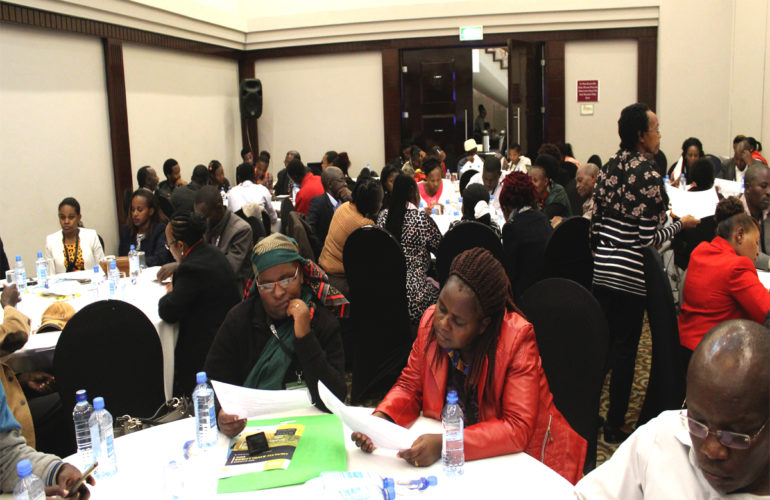 They try to live productive lives despite being limited by diseases of long duration and slow progression. They are conquerors. They speak up for better care for those who tomorrow or the day after will find themselves in the same combat. They are the advocates. They have not allowed illnesses to define them nor rob them of life. They are the survivors and the victors.

The Access Accelerated conference on Advocacy & Communications Capacity Building of PLWNCDs held on 21st and 22nd of March 2018 at Crowne Plaza Nairobi aimed at realigning NCDs for Universal Health Coverage (UHC). In this event, the warriors in the house and their caregivers were the central focus and were given the platform to tell their stories. The voices that vibrated in the speakers did not have a trace of despair neither were they bitter. They were largely appreciative of the blessing of being alive and for being partners for NCD solutions building.

Cate, a middle-aged woman speaks from her wheelchair. She has lived with diabetes type 1 for 30 years and has been very active volunteering for several health organizations among them T1 International whereby she advocates for insulin for all and educates people on diabetes. She has not always been in this posture. A fall she suffered last year landed her on these wheels. Her doctor assures her that a hip operation can put her back on her feet but the procedure needs KSH 3 million which she cannot afford.  At the tea break, she reveals the reason behind her confidence, courage, and smile. “I have my moments when I reflect on my condition and end up sobbing myself to sleep, but for most of the time I must be strong for my daughter aged 9, for my mother and for all my fellow warriors who find hope in my smile”.

One member of Child Sickle Cell Foundation is a mother of four children, 3 of them with sickle cell and one a carrier. She has lost two of her children one being the first born she waited many years to conceive and the second a twin. Her tragedy escalated when she was dismissed from a permanent well paying job. “We cannot continue with you when you spent more time with your children in the hospital than being at work,” her boss declared. The dark tunnel she has gone through with her children has made her read and research a lot on sickle cell. She is now an unswerving advocate for better care for children with sickle cell.

People may not remember what you said but will always remember how you made them feel (Maya Angelou). From the heart-rending stories of these victors, we do not want to remain observers. As committed advocates of moving NCD care forward let us join this invincible troupe of warriors.