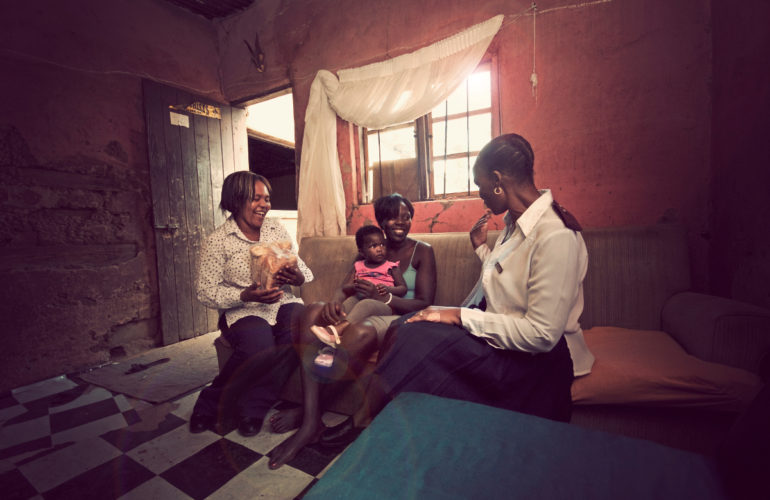 On Sunday 1st December, the world came together to celebrate World Aids Day, the First Lady Margret Kenyatta regretted that women and children continue to bear the brunt of the pandemic despite the progress made in preventing the mother to child transmission.

Mrs. Kenyatta indicated that only 38% of children born with HIV were accessing life saving medication in the country and that 13,000 new infections occur among children annually.

She expressed concern that an estimated 44% of the new infections occur within stable relations.

The First Lady affirmed her commitment to work with all Kenyans to end the AIDS epidemic saying that doing so will allow citizens to be more productive in their lives.

During the celebrations, she officially launched a framework that will guide her office to address HIV in maternal and child health.

Mrs. Kenyatta reminded Kenyans that the HIV prevalence remained high with Kenya ranked among the top countries globally with the highest number of people living with HIV/AIDS.

She said that no effort should be spared in fighting the pandemic.

The First Lady called for boldness and sincerity to reach out to all vulnerable citizens.

Stigma was identified as a drawback to the efforts to fight infection rates in rural communities but according to the National Aids Control Council, campaigns have been intensified.

This year’s theme was ‘Getting to zero‘ infection, zero discrimination and zero related deaths’.

Palliative care has continuously stepped up to offer comfort to patients suffering from life limiting illnesses, HIV/AIDS included, across the country.

In a story titled ‘World AIDS Day 2013- the need for palliative care is as great as ever’ published in the international edition of ehospice, Prof Richard Harding from Cicely Saunders Institute, Kings College London indicates that without the inclusion of the skills and practices of palliative care, it is less likely that optimal well-being will be achieved at any stage of HIV disease.

In a press release titled ‘1December is World AIDS Day – What about the children?‘ to the media, the International Children’s Palliative Care Network (ICPCN) asked governments and aid agencies around the world to focus more attention on the children who continue to get a raw deal.

Statistics reveal that despite much being done to ensure people who need antiretroviral treatment receive it; access to these lifesaving drugs for children still lags far behind.

This was confirmed by Leila Pakkala, the Director of the UNICEF Office in Geneva, who said:  “While there have been gains in treatment, care and support available to adults, we note that progress for children is slower.” She went on to say that: “The coverage of HIV interventions for children remains alarmingly low.”

We believe that these figures call for serious interventions in order to realise the children’s right to health as enshrined in the Convention of the Rights of the Child.