CarePeople & Places Cancer can be beaten. I am living proof! - ehospice

Cancer can be beaten. I am living proof! 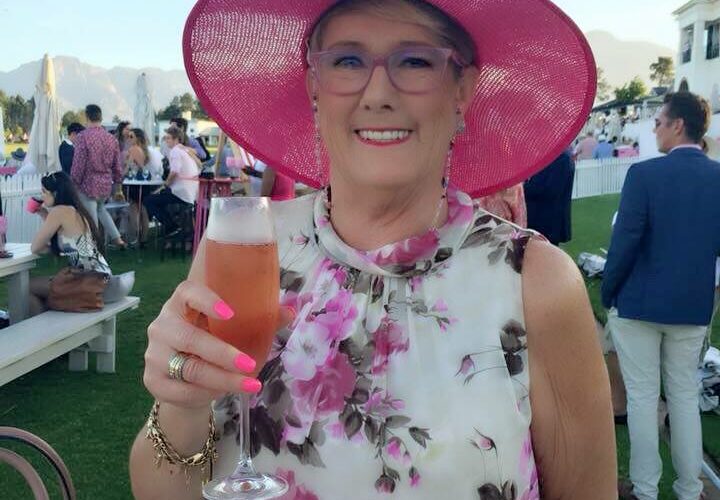 Michelle Marsden is a cancer survivor and here she shares with us an in-detail look into her journey from 1987 till 2019.

October 1987 – I was diagnosed with Ewing sarcoma, a malignant small, round, blue cell tumour. which has a 5% survival rate. It is a rare disease in which cancer cells are found in the bone or in soft tissue.

Initially, the doctors thought it was a thrombosis.

I had an operation to drain the so-called thrombosis and it was later confirmed that it was a tumour – diagnosed with Ewing Sarcoma. The doctor in Durban said that I would not see my baby’s first birthday (he will be 32 in August) and we had to relocate, as the only surgeon, specialist and oncologist in the country who had dealt with this cancer was based in Cape Town.

Thereafter, I underwent a course of chemotherapy to reduce tumour.

January 1988 – I was scheduled to have my leg amputated but thankfully the chemotherapy had shrunk the tumour and the surgeon was able to remove it along with my calf muscle. I underwent radiation for 6 weeks followed by chemo for 14 months.

I used to drive myself to Groote Schuur hospital and back with groceries next to me, sick as a dog. I lost all body hair – bald as a coot! The wigs in 1988 were to uncomfortable so I preferred a ‘doek’.

May 1989 – Having a young family I didn’t have time to think that I would die! My support system was amazing. However, a month after I was told I was in remission, my husband and I got divorced. My sons were 18 months and 4 years old, respectively.

I was an outpatient at Groote Schuur for 10 years before they would discharge me. Also, the chemo caused me to develop menopause early (38) and was put on HRT.

I started mammograms from the age of 40 every January without fail.

January 2014 – I went for my annual mammogram – exactly a year since my last one in 2013 and the doctors found a lump in my breast. A small lump but a lump. A biopsy was done there and two days later they called to confirm I had breast cancer. Within 3 days, I met with an oncologist, plastic surgeon and breast specialist.

I had to have a full mastectomy of my right breast, reconstruction and reduction.  (Remove fat left breast and insert into the right and if there was not enough fat, they would take from my tummy. Just my luck, I never got the mini tummy tuck but I did go from a droopy D to a perky B)

I underwent radiation after the operation which had to stop after 20 sessions as I started to develop severe blisters. Then I started these awful chemo tablets. The side effects were worse than intravenous chemo but at least I had a break every now and again.

Depression was the worse – I had a total meltdown and flushed all my medication down the drain and decided to take my chance on life without chemotherapy. I lost it. I had to sell my house, give my dogs away and move in with folks. Which was a terrible feeling considering that I had left home at the age of 19.

My sons took me away for a few days – bless them and when I came back my oncologist and social worker spoke to me and convinced me into taking the medication. They changed my medication and the side effects have decreased significantly.

I have 1 year to go on these tablets. Lots of aching joints and after a bone density test, my bones were deteriorating, and I found out I had arthritis in neck and spine.

I decided it was time to take my life back and I made a life style change – eating heathy and best of all gym (I was not really a fan of exercising but wow! Best happy medication ever!)

I did 5km trots with my dog at least twice a week – albeit I have two full knee replacements and no calf muscle in my left leg. I lost 25kg and felt fabulous!

I still have a bad days and battle to get out of bed but not as often as before.

I really battled with my breast cancer. I guess I was not expecting to get cancer for the second time. I use the term by the late Joost van der Westhuizen: “Why me, why not me? “

And with the life style change I had to find a new social life. I started at the gym because I was going to be a gran and I now have a beautiful 2 year old grandson and my second grandchild is due in August. I want to see these precious bundles of joy grow up. I am head over heels in love with him.

I made the decision to get out and about – on my own.

I have a fabulous supportive family – my sons, mom and dad were and still are my ROCK.

January 2019 – I have been clear for almost 4 years – the bone density has settled, arthritis will always be there. Unfortunately, this year my exercising came to a halt. My tibia was shattering after radiation 30 years ago. I was looking at amputation, but we have the most amazing doctors in this country and they were able to do limb salvage surgery exactly 1 year ago. I had an internal amputation followed by an internal prosthesis I had to learn to walk but I am strong and never give up. Here I am walking without support and a slight limp.

Ladies – check your breasts regularly – early detection can and will save your life.

Men – if you have nipples, you have boobs too – get the men in your lives to check themselves.

Despite how bad things got, I remained positive. I knew someone out there was sicker than me. Taking charge of your health and well-being is key. You are your own best advocate, listen to your body!

When I look at my grandson, I realise how far I have come, and I feel extremely blessed to be alive.

Cancer can be beaten. I am living proof.

God bless you all and remember to check those boobies, it can save your life!