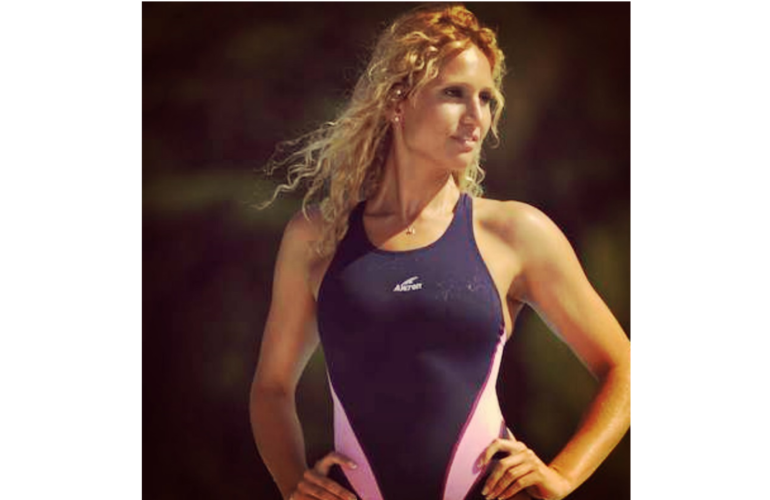 I had a progressive and successful junior career until the age of 17 years – a point where I was ranked 2nd globally in my event/age group and already competing in finals at World Grand Prix contests. It was at this point in my athletic career where my potential was just starting to show.

On a routine visit to my GP due to flu, my life changed from being an athlete to being that of a patient. I was sent immediately for further testing and investigation into swollen glands around my throat. Five days later I was diagnosed with stage 2 thyroid cancer. Two days after the diagnosis I was on the operating table scheduled for the removal of my thyroid. However once in theatre, it was discovered that the cancer was not in stage 2 but stage 4.  After a ten hours of operation I no longer had a thyroid, 3 parathyroids or a piece of my back muscle. In addition, the surgeon had to scrape pieces of cancer off my lungs.

One of the hardest things about cancer is the endless trips to and from the hospital for constant treatments and controls.My story was no different to other cancer patients.I underwent radiation therapy a few times with increasing intensity until they found that the cancer had spread to the liver as well. At this point (5 months after the first diagnosis) it was estimated that I had a 20% chance of surviving.At this point I had chosen to stop treatment and enjoy my quality of life on a day-to-day basis.A month later I went for a control scan and the doctors were shocked to find that the cancer had completely disappeared. All were in shock except for me because while I was going through this whole experience I continued to swim (even though doctors said it was physically impossible) but in a completely different way.I no longer swam for the medals; I swam for the love of the water and felt the miracle that exists behind every breath. Living in this way I no longer feared death.

My love and passion for sport gave me discipline and taught me how to believe even against the odds. I continued swimming in this way; moved to Italy (as I was offered sponsorship opportunities) and managed to achieve many of my dreams: University Games, European Championships, World Championships and Olympics in 2008.Since 2009 I have retired as a swimmer and worked as a life coach and motivator as well as volunteering on many projects that better the lives of those involved with cancer in Italy: I have two Guinness world records (2009 and 2012) for the longest continuous swim relay and I was a spokesperson (2008-2012) for “Citta delle Speranze” (City of Hope) – a paediatric hospital specialising in treatment for cancer in Padova, Italy.

Now back in my country of birth. I intend to continue sharing hope through being an example and sharing the lessons that I have learnt. It is for this reason that I contacted CHOC, who have graciously opened their doors to me.

To learn more about this organisation, visit www.choc.org.za