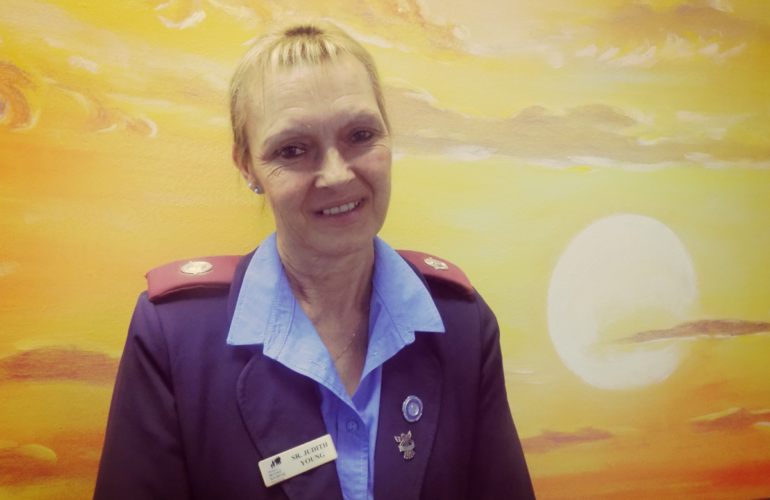 Originally from England, one day a friend saw an ad in a local newspaper where a clinic based in Johannesburg was looking for holiday staff as they just opened. Judith, together with her friend responded to the ad and spent 3 years working at the clinic. One day, Judith’s boss at the time was invited to a lecture at Hospice Wits but unfortunately due to circumstance’s, he could not attend. It was at this time that Judith attended on his behalf and ever since that day she has been part of the Hospice Wits family starting in the IPU for just over a year and then moving into home care.

She cannot imagine what would have happened if she did not attend this lecture. Would she have known about Hospice Wits? Was it meant to be? These were some of the questions that crossed her mind. She believes that there was a reason why all these situations crossed her path.

Judith loves her work and the community she works in. “90% of care takes place in our patient’s home and at times it can be a little challenging as most patients requires 24hr support. Depending on the seriousness of their condition, you can be called at any time of the day. “she added.

She explains that at first when visiting a new patient, you immediately become part of the whole family and at times it is difficult to switch off after working hours but seeing patient’s transformation through hospice intervention keeps her going.

One success story she shares with us is about a patient who was diagnosed with motor neuron disease. This particular patient was cared for in the comfort of his home with 24hr care and his condition really caused a strain on his relationship with his wife to an extent that one day she tried to smother him with a pillow. Only able to move his eyes and head, he managed to call for help. It was at this stage that he was later moved to the IPU at Hospice Wits and within a couple of weeks he became much stronger to an extent that he became a motivational speaker as well as a lecturer for Hospice Wits.

These are just some of the interventions that keeps me going and motivated and I wouldn’t change this for anything.