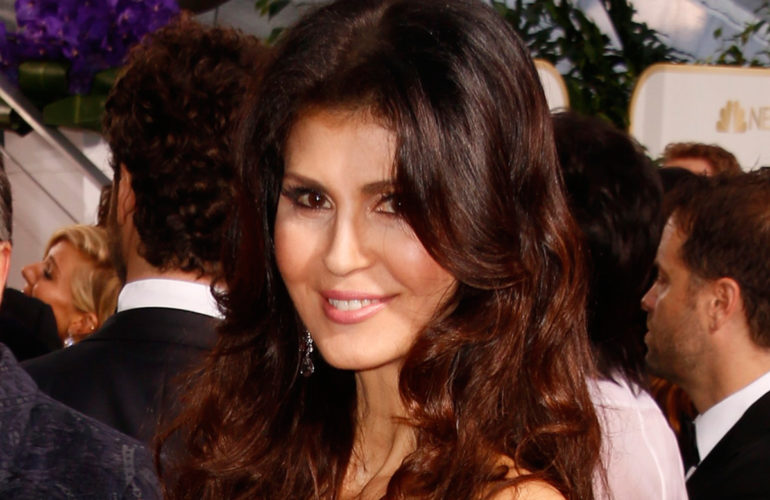 The International Children’s Palliative Care Network (ICPCN), a worldwide network of individuals and agencies advocating for the rights of children and young people with any life-limiting or life-threatening condition to receive palliative care, is thrilled to announce the appointment of the beautiful world-class supermodel, Micheline Etkin, as their new global ambassador.

Micheline, who was born in Lebanon and raised in Sao Paulo, Brazil, now lives with her husband in Arizona and is the mother of three adult children. She is a compassionate philanthropist, well known for her passion for charity work to benefit children.

Micheline joins the ICPCN as they launch their 10 year anniversary campaign, known as the NOW campaign. In taking up this appointment, Micheline will raise awareness of the rights of the 20 million children globally whose lives will be shortened as a result of incurable illnesses or genetic conditions, to receive palliative care.

Micheline had this to say about her new role: “It is a great honour to be appointed as the new global ambassador of the International Children’s Palliative Care Network. I’ll give my full love and support to this heart-breaking cause, and work diligently in raising awareness of the millions of children who need palliative care globally. I look forward to working with ICPCN and the NOW campaign on this important humanitarian mission.”

Commenting on Micheline’s appointment as an ICPCN ambassador, Joan Marston, the organisation’s Chief Executive said, “We are thrilled and excited to have Micheline as our ambassador. She is someone whose outer beauty is matched only by that of her inner beauty. Through the work she has already undertaken on behalf of various charities, she has proven herself to be compassionate and genuinely concerned about the welfare of children.”

Referencing the ICPCN Now campaign, Joan went on to say, “All children have a gift of living in the present moment, the now, but for children with an illness that will shorten their lives, “now” becomes even more precious because their future is so uncertain. Adding Micheline’s voice to ours as we launch our NOW campaign, will help enormously in raising awareness of the right to palliative care for the millions of children worldwide with life-threatening and life-limiting conditions. This is the first step in ensuring that these children’s needs are met.”

While attending the 72nd Golden Globe Awards held on 11 January this year at the Beverly Hilton Hotel in Beverly Hills, California, Micheline made mention of the International Children’s Palliative Care Network to reporters. Picking up on this, an article in the Portuguese online magazine Ze Ronoldo about Micheline’s attendance at the awards event accurately describes her as beautiful and dedicated to social volunteering.

This article was originally published on the ehospice Children’s edition