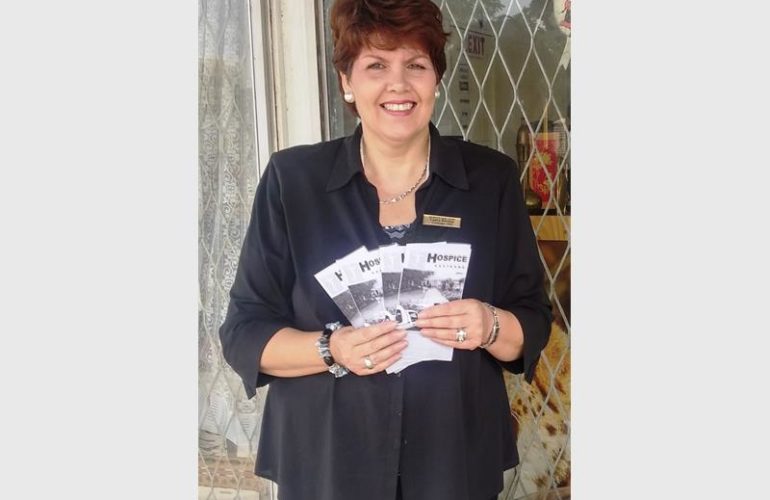 There are nine charity shops which generated 49.4 per cent of the income for 2017/2018 and two of the shops are situated in Benoni.

The community-based organisation’s mission is to provide high quality, holistic and non-discriminatory home-based palliative care to those with life-limiting illnesses and their families.

Con Roux, chairman of Hospice East Rand, said the decision to close the inpatient unit (IPU) and frail care centre in 2017 proved to be a good one for them financially.

“The decision has had a profoundly positive effect, not only on the finances but also on the ‘care at home’ focus of our organisation,” he explained.

The in-patient centre was revamped to house a charity shop and training centre.

Roux acknowledged that despite the NGO sector facing challenges because of the economy, the hospice received more than budgeted for with their home nursing fees.

“It is not possible to budget for donations and bequests – where they are received, they are gratefully integrated into our finances,” Roux said.

“We have been fortunate to receive a number of large bequests recently.”

The decision to close IPU and the frail care unit over a year ago prioritised home-based service. Dr Vineshree Moodley said that certain challenges, including the lack of an in-patient unit, have been addressed.

“This has been resolved by developing a relationship with other hospices as well as St Francis Care Centre,” Moodley said.

“A new issue arising is private palliative care practitioners who care for patients at the hospice or wish to only utilise the nursing care from the hospice.”

Palliative care is a relief approach of suffering for the patient and loved ones through physical, psychological and spiritual care.

Patient care manager Dr Sindisiwe Mdlalose said the aim for Hospice East Rand is to expand their services to the Daveyton community and other townships in the Ekurhuleni area.

“We need to develop a strategy of making sure all patients are seen by all team members within their first month after admission into our care,” Mdlalose said.

Laura Kirsten, liaison officer provided the fund-raising report which stated that instead of asking for donations, the hospice sell their experiences to donors instead – for example, having movie nights, high teas, tours, musical shows and celebrity dinners.

They also acknowledged the Caxton media group for giving them coverage for these events.

Geoff Smart who is the statistics coordinator said patient numbers have increased by about 10 per cent:

The original article was published on Benoni City Times here.